Volume 2: An A to Z of Club & Private Aeroplanes 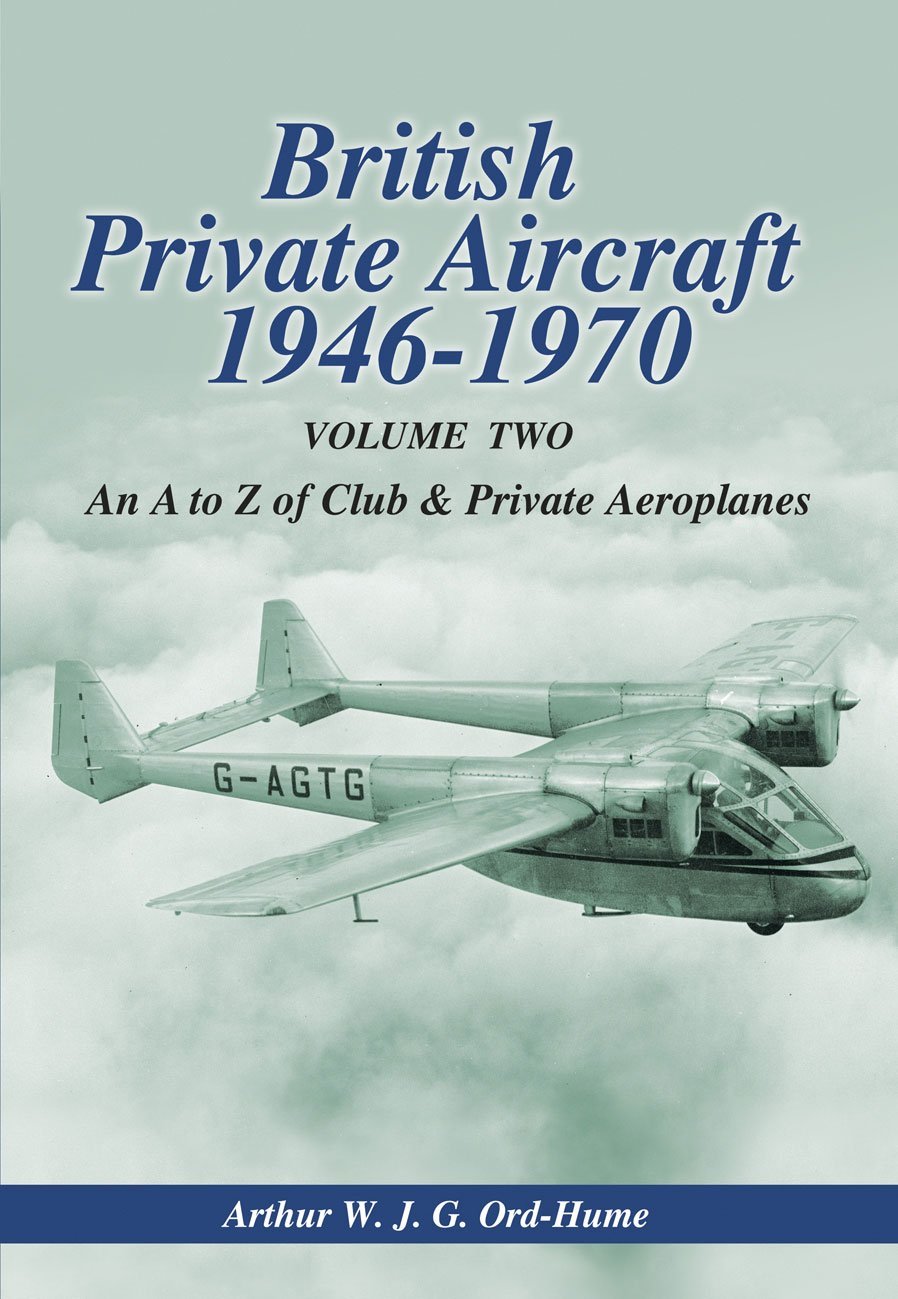 “We became a victim of our own success. We were blind to the possibility—even the very thought—that any other nation could touch us in our hallowed light aeroplane market.”

This is rather a niche subject but these two volumes are commendable on several levels and to a wider range of readers one might at first think. They are, it must be said, not at all cheap so will hardly be an impulse purchase. All the more reason to really consider what you’re signing up for.

Another thing that should be established up front, because it immediately sets this work apart, is that the author brings to the table a quite uncommon combination of talents: a truly encyclopedic knowledge—theoretical and practical—in several, and to some degree complementary fields (aviation and musical instruments, each subject to mechanical principles), and a truly exceptional ability to write about it. One or the other is rare enough, but together . . . 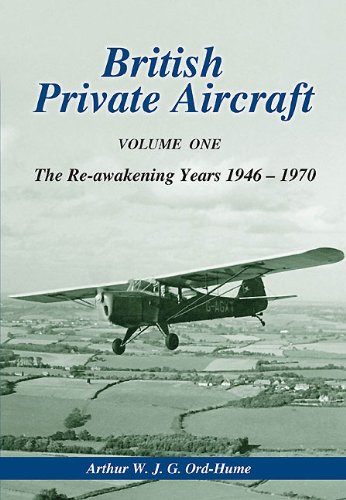 On the aviation front, Ord-Hume’s name may well ring a bell as the man behind The Aviation Archive, a collection of historic material related to the development of British-built aircraft and British aviation technology that was started in 1924 by Ord-Hume senior and is administered since 1946 by A.W.J.G. Its focus is on exactly the type of aircraft covered in these two books, the civilian light aeroplane. The author knows this subject not merely as a commentator but aircraft builder, aerodynamicist, and designer. And it is he who with the founding of the Ultra-Light Aircraft Association laid the groundwork for the postwar British home-built aircraft movement in 1949. Just turn to the “Ord-Hume” section in volume II, and brush up on Phoenix Luton Minor history to appreciate who this fellow is. You may not know or care about light aircraft but if you’ve ever been on a hovercraft—which is not covered here—know that the flexible skirt that allows the craft to contain the air cushion beneath it was an Ord-Hume idea. (Latimer-Needham, his partner in Phoenix Aircraft, turned it into a patentable design and became a consultant to the Saunders-Roe company.)

These books are a companion to the author’s earlier British Light Aeroplanes: Their Evolution, Development & Perfection 1920–1940. Said to have been eight years in the making they take up the story with the post-WWII spirit of rebuilding in 1946 and follow it to what for all practical purposes would be the demise of the once successful if not dominant British civilian light aircraft that was no longer competitive in a global market.

One could conceivably buy only one of the two books but Vol. II would then be missing the whole backstory and be little more than an encyclopedia of makers. Ord-Hume goes into extraordinary detail to fully thread the needle in Vol. I and immerse the reader in the gritty realities of postwar Britain: raw material shortages, travel restrictions, currency issues, and the Big Picture reasons why, in the tussle between government and industry, amateur builders came to play such a crucial role in advancing aero technology in Britain. (There are many parallels to the British auto industry.) Not only airframe makers, including autogyros and helicopters, are discussed but also engines and ancillary products such as propellers.

Vol. I is chronological and within that, topical: general history, with special consideration of “air-mindedness”; US and Continental developments; cropdusting; and a sort of preliminary overview in alpha order of light aircraft makers. Vol. II skips a Preface and Introduction, assuming that the reader has the first volume to hand but, just as precaution, includes the same Acknowledgements page. And for good reason: it shows just how deep Ord-Hume dug, how aware he is of where his book/s fit into the larger body of literature, and to what extent his fellow pillars of the community have embraced and supported his research by sharing material. Just as the subtitle would have you think, the bulk of the book consists of a detailed, alphabetical survey of 130-odd makers, replete with tables of production and performance specs and a good quantity of three-views and an occasional tech drawing. Among the many obscure names there will probably be surprises here even for readers familiar with the subject! Unbuilt projects are considered separately, as is the 1964 Rollason Midget Racer Competition.

The text is augmented with an abundance of illustrations, all captioned with exhaustive precision. Vol. I, with its more narrative approach, succeeds in painting a really good picture of the “lifestyle” dimension of the private aircraft. The Bibliography in vol. I is slightly more extensive than the one in the other book. Each volume has its own Index, and it is/they are exemplary. They contain individual sections for people, aircraft/makers, engines/makers, general, and 3-view drawings!

Reading this monumental opus may well pique your curiosity about the author, in which case you may want to get a hold of his two-volume autobiography, On Home-Made Wings and Flight on Frail Wings.

Volume II: An A to Z of Club & Private Aeroplanes