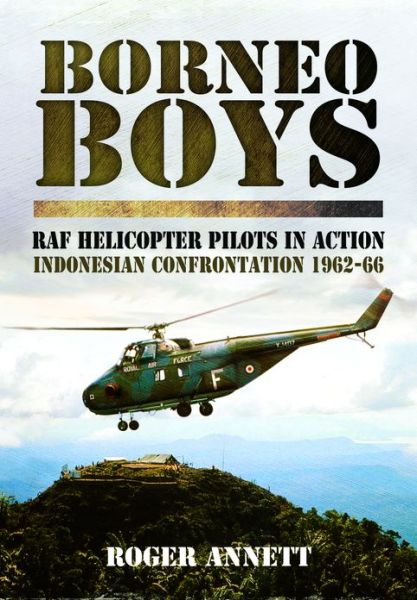 “For the young chopper pilots of the time, extraordinary self-reliance was a must. They were thrown in at the deep end to fly, often alone, across endless wilderness and in the worst of weathers.”

US military helicopters came into their own in Vietnam. For the Brits it was Indonesia, and for much the same reason: terrain that could only be accessed by helo and a climate that made support of ground troops supremely critical. This is a chapter of history that is not much in the public’s consciousness these days, and the various governments involved certainly played it down at the time (particularly the secret CLARET cross-border missions; the book explains why), but 50 years after it went down a new book by someone who was there revisits the story.

The exploits of the four Whirlwind Mk 10 and one Bristol Belvedere squadrons will obviously be of most immediate interest to personnel that was involved but by and large should also offer insights to anyone generally interested in world history or the struggle of colonies for independence in particular.

Annett, who will donate net proceeds from the sales of this book to military charities, flew with 215 Squadron, co-piloting Argosy transport aircraft. He uses his own recollections and that of 24 colleagues to show the reader the conflict through their eyes, but always in the context of overall geopolitical stirrings.

From basic training to pilot qualification, we follow the young recruits into the pressure cooker that is combat duty and would forge them into brothers in arms, the Borneo Boys. Engagingly written if a bit parochial (not a criticism, and almost inevitable), honest, suitably illustrated with many unpublished photos. Appended are notes on the post-conflict lives of many of the principals in the story, a reprint of a magazine article following a Flying Officer through a “typical” Borneo week, a sample flight authorization, log book extracts, and 225 Squadron commendations. Extensive Chapter Notes, Glossary, Bibliography and Index.