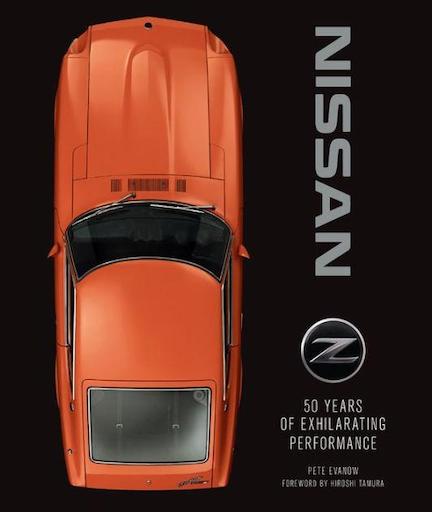 Want or need a straightforward reporterly-written recounting of the history of Datsun-cum-Nissan in North America? This book provides just what you’re seeking along with a couple of bonuses. Don’t be put off by the title for this book really does provide an accounting of Japan’s oldest car manufacturer’s (having been established in 1911) entry in the North American marketplace in 1957 and continuing to present day. Of course the sale of its vehicles in America really blossomed with the 1970’s introduction of the 240Z.

Those bonuses are two chapters discussing subjects not typically covered—much less in great detail—by auto- or marque-history books. Author Paul Evanow presents one chapter about “The Car-Hobby Culture” and another on “Today’s Z Market – New, Used and Classic.” “The Car-Hobby Culture” profiles several Z-centric collectors and offers information on their outstanding collections, then lists and shows some special collector Z models some of which hadn’t been available or offered for sale in North America when new.

“Today’s Z Market” opens with observations on BringATrailer’s becoming as influential on the marketplace as the big name auction houses and then goes on to profile some of the more notable Z restorers. This chapter then goes a bit further as it also presents some of the Z modifiers and their creations including one in which the book’s author Pete Evanow was involved as he handled the marketing and sales functions of those cars that modifier created. 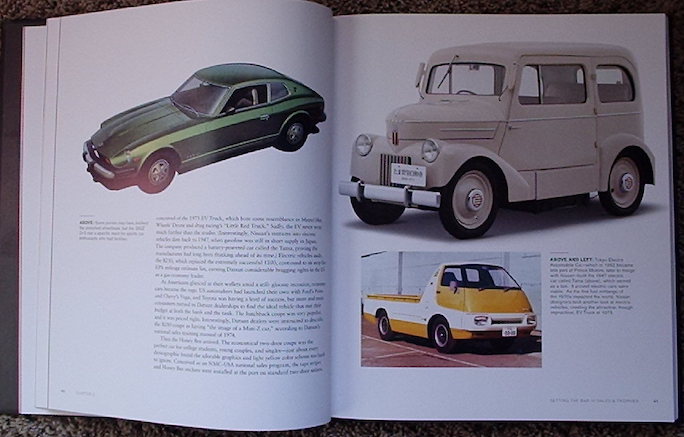 There are mini-profiles on some of the notables whose names have been associated with Datsun and/or Nisssan over the years. These include Peter Brock and his BRE team with driver John Morton, Bob Sharp and his partner-driver Paul Newman, Steve Millen and others.

Vehicles that were present during various periods of our life become, in memory, part of that fabric of our lives—be those vehicles cars, trucks, tractors, or two-wheeled conveyances with or without gasoline-fed motive propulsion. And so it was with the 240Z and your commentator. When Datsun introduced the car in the US, it caught the fancy of a friend who subsequently purchased one. In memory, that car was well assembled and great fun either from behind the wheel or from the passenger’s seat. 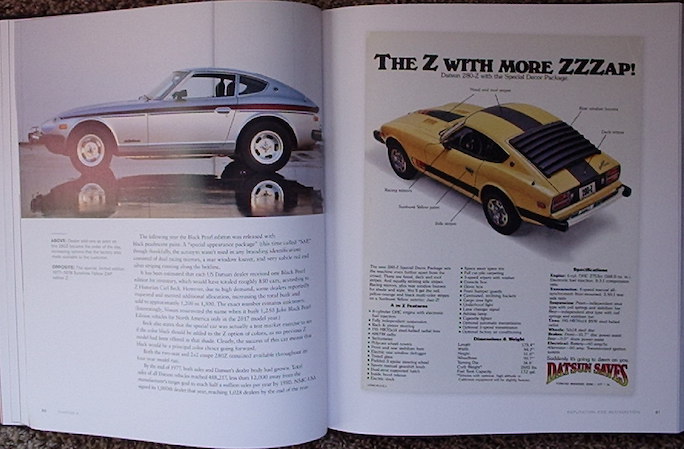 Appropriately the book concludes with words and photos of the 2020-model year Z, the car that will be forever designated “The 50th Anniversary Z” which is also the chapter title. Lastly is “Moving Forward and Beyond” in which Nissan’s vice-president of Global Design, the Cuban-American Alfonso Albaisa, and his perceptions of what Nissan’s and, in particular, the Z should and will be going forward. 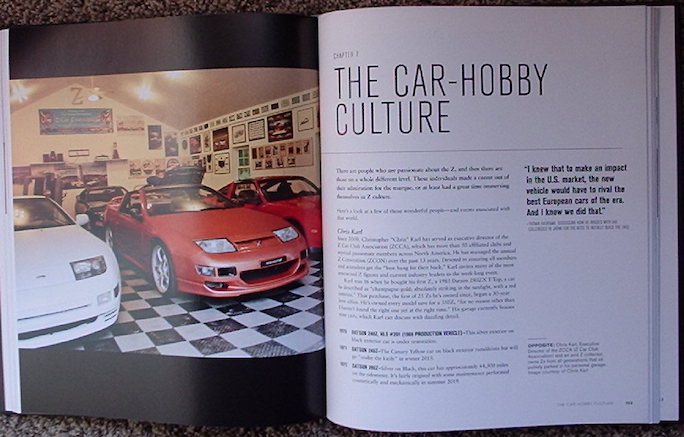 Posted Under: Automobiles, Other | Author: Helen Hutchings | No comments yet