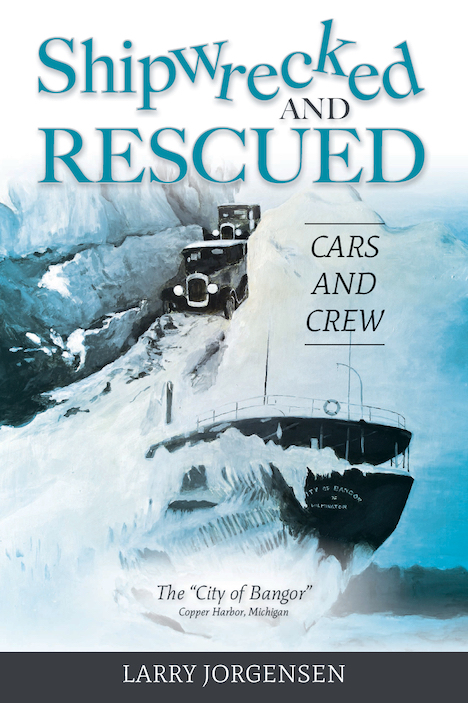 It’s a pretty fantastic story. Hollywood thought so too because a scant six months after the freighter City of Bangor was destroyed on a reef off the northernmost reaches of Michigan’s Upper Peninsula during a storm on Lake Superior in the darkest, coldest days of winter, Paramount Pictures used footage from part of the rescue operations to accompany a film as the first photo below shows.

The author sets the scene with a general description of shipping on the Great Lakes in the 1920s and the commissioning of the City of Bangor in 1896 as well as its modification—lengthened by 75 feet—in 1905 which enabled it in 1925 to carry a record-setting load of 500 new cars. Then comes a November day in 1926 with City of Bangor loaded with 248 brand-new Chryslers and a few new Whippets bound for Duluth, Minnesota. 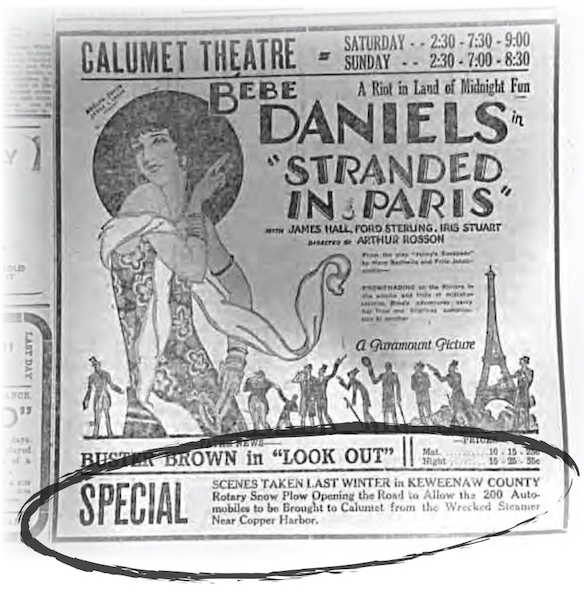 “Stranded in Paris” (O-oo-la-la! It’s Frenchy! It’s Frisky!) is a lost 1926 American silent comedy film that really has nothing to do with the story this book tells, except that there is a voyage involved. The footage the author refers to probably was in the form of a short that ran before the feature film.

The City of Bangor’s captain had years of experience but when the weather deteriorates rapidly and visibility of navigation aides and land disappears, it can become more than even vast experience can overcome. This real-life adventure is recounted in page-turning style by Larry Jorgensen as he writes of the captain and crew’s subsequent struggles just to stay alive, all exacerbated by—remember this is all taking place in November—the bitter cold and waist-deep snows ashore. Not to mention, ashore is virtually unpopulated and this is well before the days of radio contact, radar, and such. The reader is right there each and every moment of the men’s struggle to survive. 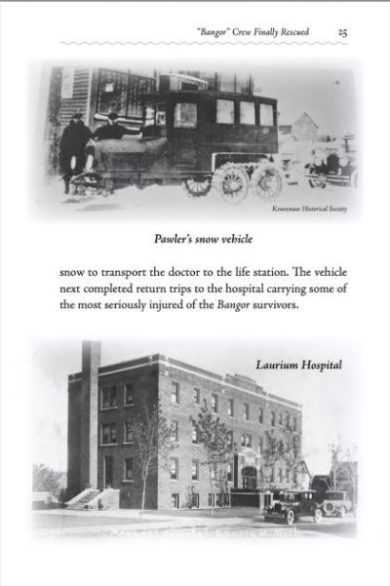 The “snowmobile” is the creation of the Chrysler dealer in Eagle Harbor, Michigan who modified a 1927 Overland with a track laying system on the drive wheels and skis for steering. It enabled a local doctor to reach the crew 30 miles away and then to transport the more serious frostbitten crewmen to a hospital.

Jorgensen is a seasoned communicator having spent much of his career as either a broadcast or print news journalist. In retirement, with the luxury of time, whenever he finds a story that intrigues him he has been able to invest time and energy into digging deeper which is what he did with this story. His research found relatives of people who had lived those events in 1926 and its aftermath over the months and years that followed. Jorgensen’s efforts were rewarded with personal stories passed down in families, supported with photos they’d safeguarded for now nearly a century. And with nary a word wrongly placed or misspelled the book is a pleasure to read.

The story includes nearly all the cars that were the City of Bangor’s cargo being rescued thanks to that cold weather that had hampered and threatened the crew’s survival but made it possible to retrieve the cars. Part of the rescue efforts involved two locally developed experimental machines shown here above and below. 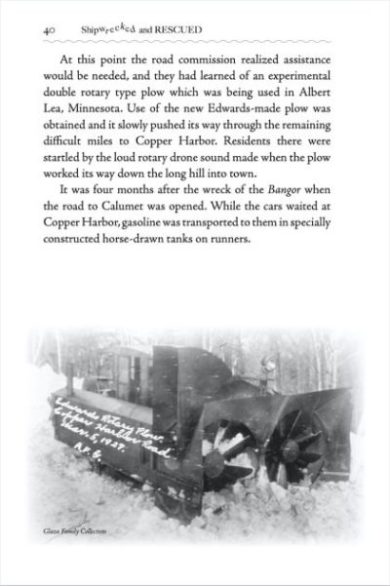 Jorgensen’s research also led him to one of those 1927 Chryslers that never left the area. It had been “acquired” and proudly driven some 200,000 well-cared for miles by a local man. Today that Chrysler, below, is on display in the Eagle Harbor museum along with other artifacts from the shipwreck of the City of Bangor.

Shipwrecked and Rescued is a modest and generously illustrated little book telling a big story.

Cars and Crew; The City of Bangor, Copper Harbor, Michigan 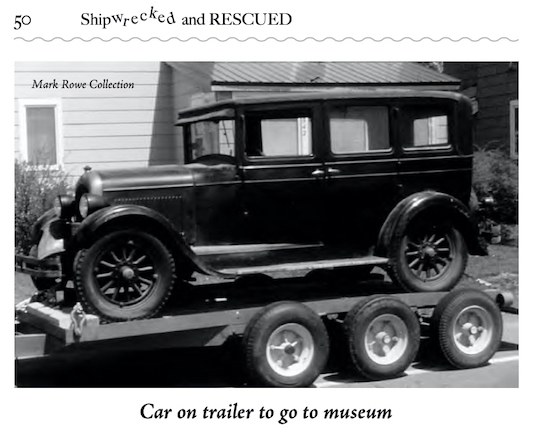 Posted Under: Automobiles, History, Maritime, US | Author: Helen Hutchings | No comments yet