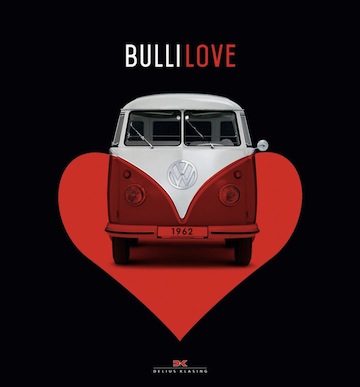 “Things have no soul, says the thinking man, but then hesitates immediately as he senses himself that there is in fact more than can be explained by reason alone. Naturally, a Bulli—the Volkswagen Type 2, be it a T1 or a T6—is is principle just a thing—yet at the same time we know this is mere theory.”

Think of the VW bus as the German take on the station wagon in America and you’ll begin to get a sense for its place in the culture. US readers really do need this reminder because here, VWs of any stripe had a distinct offbeat flavor: you either drove one because you couldn’t afford a “real” car or you were making a statement. In Europe, in fact in most of the world, they were just normal transportation, cheap to own and run and well nigh indestructible. 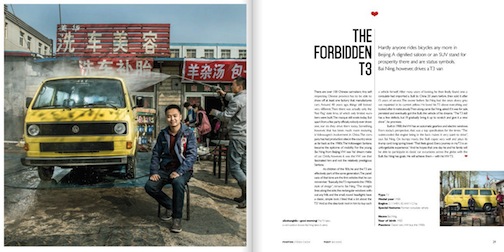 Sixty-five years since its launch the newest model, the T6, just had its world premiere. Nowadays, older models of the Volkswagen Transporter or “Bulli” are cult cars, not least in the US where museum-worthy examples fetch staggering prices. Which means if you don’t already own one . . . you better read this book to see what you’ve missed. 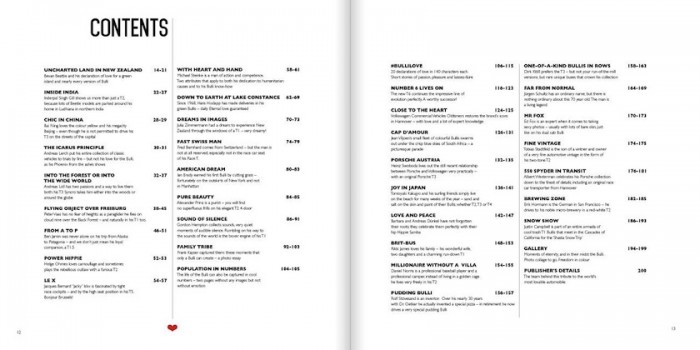 “Classless” as the Bulli was in the sociological sense it had plenty of class in terms of being good design, not only as an answer to a question but—in the guise of bus, box van, truck, camper, or custom utility body—an adaptable answer to changing questions. This book won’t tell you any of that, it leaves it to you to infer it from the photos and testimonials of people the world over for whom their Bulli is much more than a bucket of bolts. In other words, this is not a learned history book but—see title—a declaration of love. 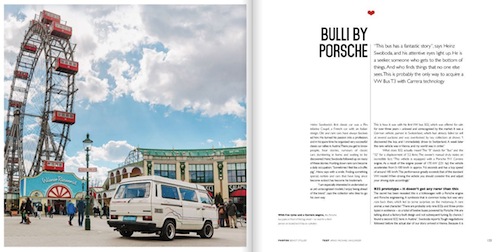 Thirty-five lifestyle stories from all over the world are connected by a common thread: the Bulli is a friend; and, yes, several have names. From stock versions that have covered half a million miles to Rat Bullies that proudly display their battle scars, it doesn’t take more than a few pages to really get what an unusual place this vehicle occupies. Even the proverbial “thinking man” from the quote above will find some real serious, historically and technically relevant stuff here: an amphibious T3 in Germany, a Swiss T1 racing Bulli with a 500 hp Porsche motor, a T1 in Austria with a custom drive-on bed for hauling 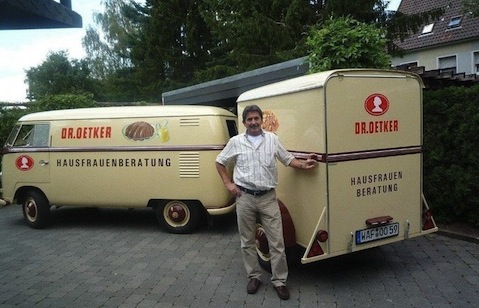 a Porsche RSK to races, or a vanilla-colored T1 “Pudding Bulli” bus/trailer rig used in the 1950s to demonstrate to German housewives the wonders of Dr. Oetker pudding powder and other such newfangled inventions.

Being a Delius Klasing book it is a given that this book is a sumptuous, colorful, large-size, cleverly designed photo-laden affair. There is no way not to have fun with this book—the only thing that isn’t fun is trying to find one in the US.

Zen and the Art of Collecting Old Cars »
« Gentleman Heroes