A Romance of Fins and Chrome

The Creative Exchange Between Italy & America in Mid-Century Automotive Design 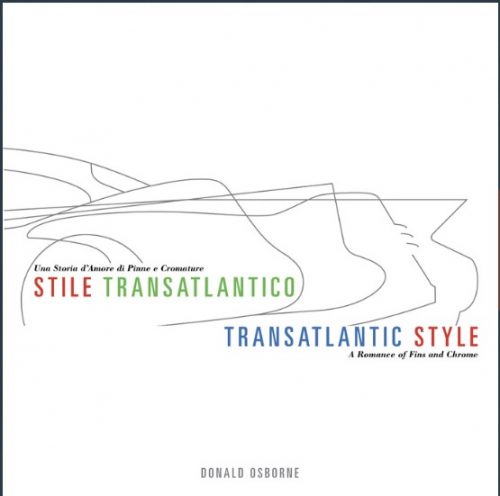 “It seems hard to believe that so many of these products of this time were forgotten, ignored, dismissed or misunderstood for so long. That they have now become appreciated as never before is a testament to their place in the history of automotive design and an acknowledgment of the achievement of the men who conceived, commissioned and built these vehicles and the owners and prescient collectors who strove to preserve them for posterity.”

(English, Italian) Two thoughts occurred virtually simultaneously during the first perusal of the pages of Transatlantic Style. That very first impression; its overall physical presence, coupled with the visual and verbal presentations on its pages, make it the quintessential book to place on the coffee table. Any visitor with a moment to peek inside the cover will immediately be impressed with your good taste!

The more significant thought was realizing just how much the late Strother MacMinn, a man who taught design for 50 years at Art Center in Southern California, would have enjoyed Transatlantic Style for it features designs and cars that he held in high regard. Moreover, thematically it echoes a similar tome MacMinn had co-authored in 1984 titled Automobile and Culture which Abrams had published.

Those then and now books share another commonality. Each was produced to accompany—be the catalog for—a museum show. Automobile and Culture debuted in Los Angeles, California in the year the book was published which also coincided with that city hosting the summer Olympics. The Stile Transatlantico show debuts February 2017 at the National Automobile Museum in Turín, Italy and later in the year travels to the Blackhawk Museum in Danville, California (its Don Williams is one of the contributors to the book). Thus, Transatlantic Style has text in side-by-side columns in English and Italian. 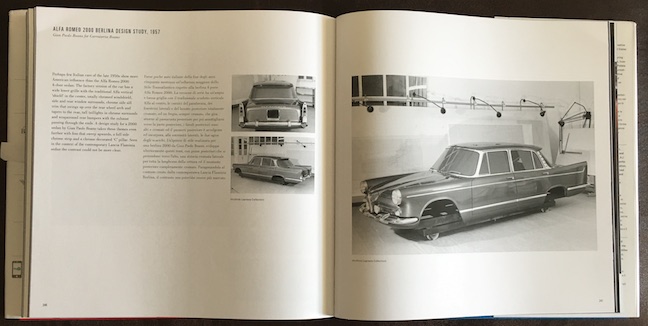 The thought behind pairing vehicles designed and produced in America and Italy as a show theme is addressed, at least in part, by a paragraph in another new book, Lancia Loraymo by Brandes Elitch: “Italian style, such as practiced at Lancia, and Alfa Romeo and Maserati and Ferrari and even FIAT, was marked by improvisation and by a cultural tradition that had never been accustomed to strictly separating art, design, economics, beauty, and function.” 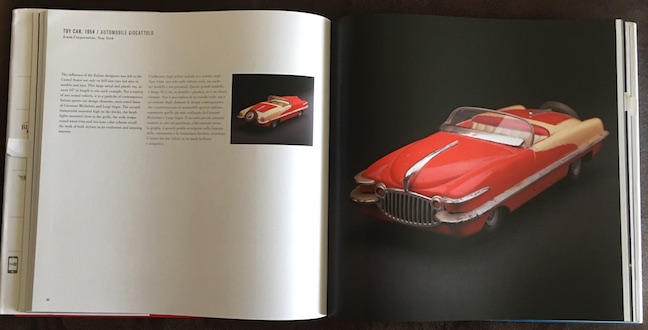 The cars selected for the show are, as the subtitle suggests, from the era of Fins and Chrome. They are presented chronologically thus inter-mixing the American-made with those of Italian origins. Each is shown with multiple images, taken by Michael Furman and others, accompanied by brief words lending understanding to the vehicle’s inclusion in the museum display. Thus Alfas, Lancias, and Ferraris keep company with Buicks, Dodges, Cadillacs, Plymouths and others.

It’s always a challenge to produce a book or magazine devoid of “oopses.” On balance, Coachbuilt Press has above average success. It certainly excels in the visual aspects, as well it should given Michael Furman’s involvement. 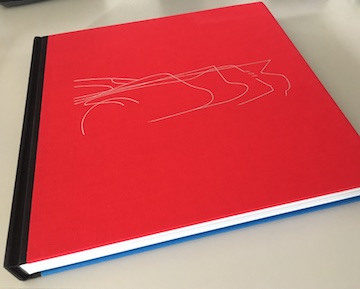 Make a habit of looking under the dust jacket: note the differently colored boards.

The concluding pages include contributor biographical sketches and a list called “suggested reading” that perhaps is also a bibliography. Next come the acknowledgements and photo credits and the book concludes with one of—perhaps its most—charming images. In the Table of Contents this page is listed as the Colophon. It shows the stately, “Titanic-sized” passenger liner SS United States, in her day billed as “the world’s fastest ocean liner,” as she sails past the city skyline and on out of New York Harbor in the 1950s.

Not surprisingly Virgil Exner designs are among those featured. Exner’s career began at General Motors under Harley Earl. Following that was a brief period with Raymond Loewy and Associates studio, followed by Studebaker, all prior to his longer Chrysler association. Exner “met Luigi Serge of Carrozzeria Ghia in the ‘50s . . . resulting in his aesthetic vision being spread through the Italian design community” and thus providing a further link to this show’s Italian-American theme.

Whether or not your circumstances permit you to travel and take in the show in person, with your own copy of this book you’ll be able to visit and view the cars of Transatlantic Style again and again from the comfort of your own favorite reading chair. 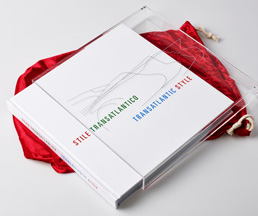 Also available in a Special Edition of 50 ($450, at right) with a different cover and in a plastic slipcase, autographed on a tip-in page by Osborne and Furman.

A Romance of Fins and Chrome

The Creative Exchange Between Italy & America in Mid-Century Automotive Design

Posted Under: Automobiles, Italian, Multilingual / Not English, US | Author: Helen Hutchings | No comments yet