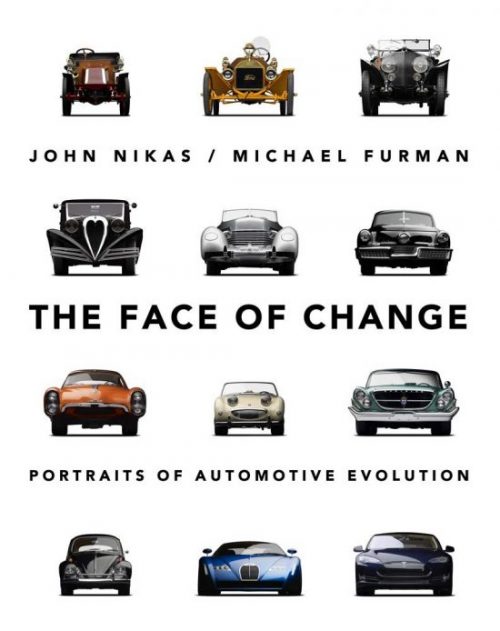 “Drawing from Charles Darwin’s hypothesis that complex organisms undergo a process of natural selection and genetic drift, whereby beneficial mutations are preserved and then passed on to subsequent generations, my thesis posits that a number of external forces have pushed, pulled, and constrained the course of automotive evolution.”

If you don’t already know it: a new Coachbuilt Press book is an event. There’s usually a year between them, enough time to start noticing you’re ready for a new fix. And it’s easy to set your internal clock: new releases are launched during the Pebble Beach concours.

Pebble Beach or more generally Monterey Car Week would be an ideal proving grounds for the main premise this book puts forth: that there is a “survival of the fittest” principle behind design, and that by isolating the moments that acted upon design in the past we can predict or at least generally point to what it will evolve into next. Hence the book title: The Face of Change. 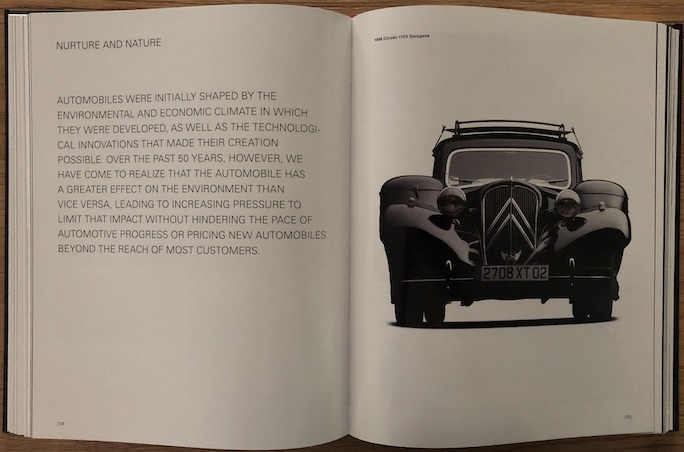 Let’s assume that the first two words in the introductory quote are used intentionally. “Drawing from” does not mean to slavishly follow but to have beheld a general principle one seeks to apply in other areas. But, no matter how much rope you give it, the whole Form vs Function/Hen vs Egg debate will have a noose at its end for one or the other party. With a subject this polarizing, super-careful wordsmithing is called for to build an undeniable case and with this in mind, an early groan is elicited, right in the midst of chapter 2, coyly entitled “The Theory of Everything” by Coachbuilt Press Editorial Director John Nikas. Here, one A. Hitler is introduced as not possessing a driver’s license but having built the famous German highways anyway. Both items are true, but why imply a relationship between them—the autobahns were not built for Fahrvergnügen. (Moreover, the whole autobahn origin story has been rethought over the last decade.) The reason to even raise a matter that is quite peripheral to this book is to make the point that even the smallest thing matters when the author wants the reader to not jump off but stay on the ride. 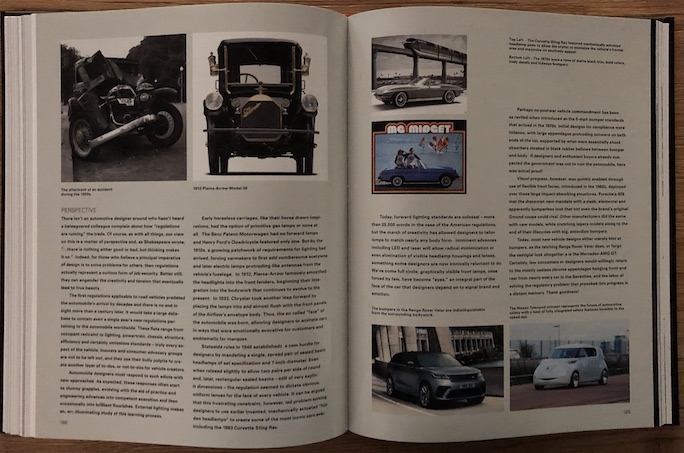 In any era, the world is full of interesting-looking cars—they only look alike to those who merely yank the door open and roar off, blind to the esthetic experience at their fingertips. This book will school your eyes, and the students, teachers, and practitioners of design who have contributed their thoughts to it will open your mind. 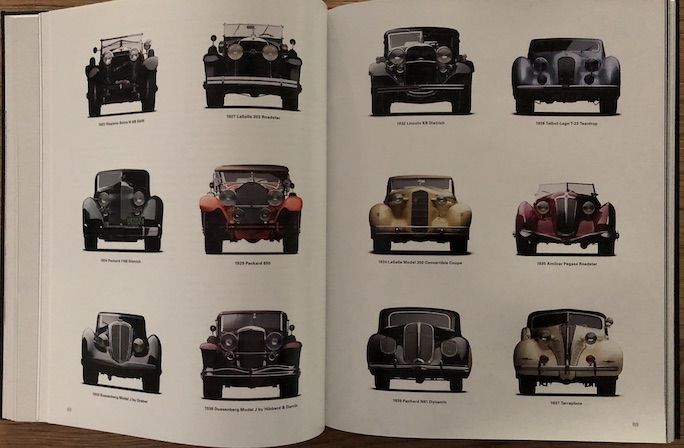 The photo may be too small to show that these cars (and some others in the book) are not in chronological order which at first seems counterintuitive until you consider that ideas do not get invented or acted on in a seamlessly linear fashion. Instead, in this case the arrangement of cars is meant to showcase similarities/differences.

Coachbuilt Press means first and foremost photos by Michael Furman and top of the line printing. This is, after all, the raison d’être for his company. (And All Hail to the brilliant craftspeople at Brilliant Studio!) It almost always also means high-level writing, and this year’s confection is quite the heavyweight in terms of numbers and caliber of contributors. They’re names you know and l…well, now…you know what that word should have been, but some names you probably love to hate—for all the right reasons, though: they have, gasp, opinions. They have the professional chops to back them up so don’t be too quick to grumble “Yes, but.…” 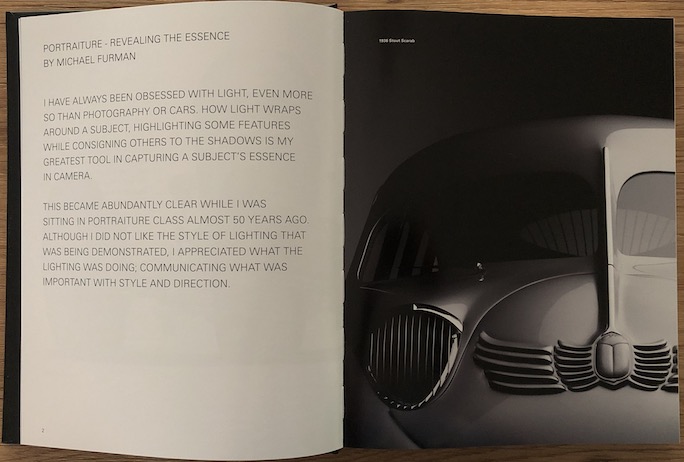 Having “opinions” about something as slippery (no pun intended) as design is of course tricky business so this book embeds the “merely” esthetic component of design into the wider context of “cultural, economic, political, social and technological factors that have affected the course of the automobile’s development over history.” Ambitious? You bet. 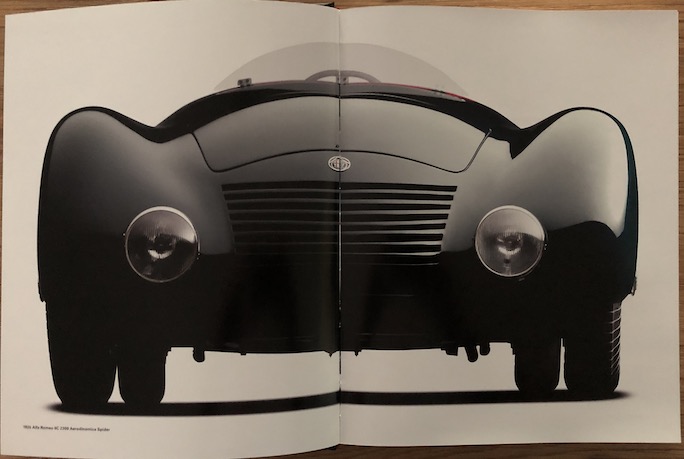 The book kicks off with Furman thinking out loud how learning about light and how it communicates scale, color, and proportion taught him to see the essence of the sitter, even an inanimate one, in a portrait. As all our reviews of his books labor to explain, this is the key reason that his photos are not like other people’s photos. Everyone and everything has an essence, and this seemingly all-too-obvious statement holds the key to why this book gives equal billing to concours queens and grocery getters in service of its premise: how and why automotive design changed its face over time. 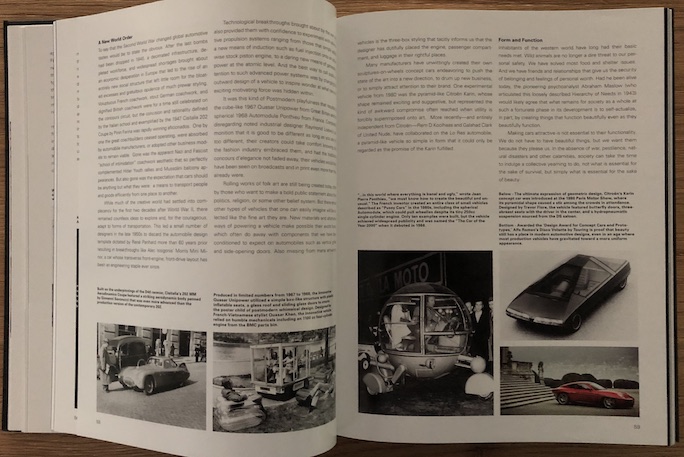 The aforementioned chapter 2 introduces us to Nikas’ early automotive stirrings, in his case having the rather singular experience of spending so many childhood weekends at Briggs Cunningham’s museum that Mr. C took notice of and an interest in him. This chapter also defines the talking points the rest of the book will then examine: how and why the motorized vehicle came about, what its parts do, and how the never-ending development of materiel and technology and also human factors moved automotive evolution in specific directions. If those directions were foreseeable and therefore will be foreseeable, well, dear reader, that is the journey on which the book takes you. (One question that seems inevitable, but is not asked here is: even if the next step in the evolution is discernible now, does it matter? Specifically, will it lessen or enhance your experience of it when it comes to pass?) 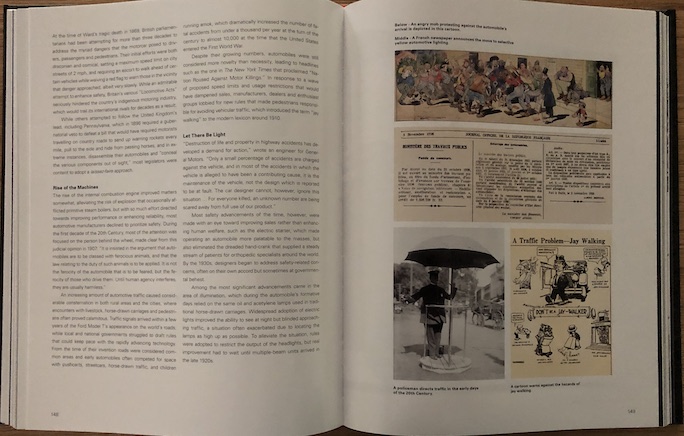 Since this book is all about the deep bench of experts, Furman and Nikas are joined by:

Even if you don’t recognize all the proper names, you know that ArtCenter College of Design, which pioneered in the 1930s the idea of standing up a faculty of working professionals from the fields of art and design, has educated generations of shapers. You’d have to be living under a rock not to have engaged with their work. Almost everyone on that list above went there as a student, or is/has been a teacher there.

Being the romp through history the book is it obviously draws heavily on period photography. Some of Furman’s studio shots may be alternates of ones he published already elsewhere. Even if, they all deserve analysis both under the microscope and from several feet away. (Better yet, see them, and him, in a gallery, which this year you could have done at Winfield Gallery in Carmel.) There is a Bibliography but no Index.

The Land Rover Story »
« The Last Shelby Cobra: My Times with Carroll Shelby