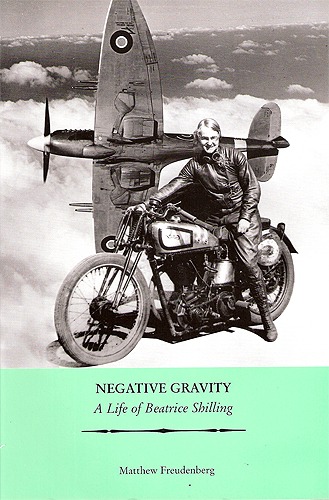 Aeronautical engineer Beatrice “Tilly” Shilling (1909–1990) is a legend in Merlin aero engine lore. It was she who overcame the serious negative G cutout problems with SU carburetor-equipped Merlins. The tale has been told many times but, briefly, the SU carburetor was not equipped to handle negative G without first starving the engine for fuel and then over-compensating and drowning the engine with an over rich mixture. Fuel-injected German fighters could out-turn the otherwise competent British planes. The solution was disarmingly simple, a restrictor orifice (a small metal disk with a hole in the center) fitted to the fuel supply line. Pilots quickly took to calling it “Miss Shilling’s orifice.” Ah, the thanks of a grateful nation . . . In a way it’s too bad that Ms. Shilling’s reputation at the Royal Aircraft Establishment was based on this one, albeit major, accomplishment.

Prior to WWII she was an expert motorcycle rider who participated at the famous Brooklands speedway, basically a British equivalent to the Indianapolis Motor Speedway. Unfortunately but understandably, Brooklands was demolished during WWII as it stuck out like a sore thumb and would have made an ideal navigation reference point for German bombers. The book delves into the frustration Ms. Shilling suffered for not being promoted which she blamed on her gender. Reading between the lines I got the impression that, true, she lived in a very chauvinistic time when it was rare to have female physicists running the show. However, part of the blame rests on her own shoulders. As author Freudenberg astutely points out, she was not what would today be known as a “power dresser,” in fact she looked pretty awful. One interesting photograph in the book shows her consulting with Dan Gurney in 1967 when he was campaigning his All American Eagle Formula 1 racer. At the time his Harry Weslake designed V-12 was suffering overheating problems and Ms. Shilling was brought in as a consultant. In the photo she looked like a frumpy old British housewife with handbag draped over her arm. Yet despite this persona she was one of the most brilliant engineers of her time. Fascinating! 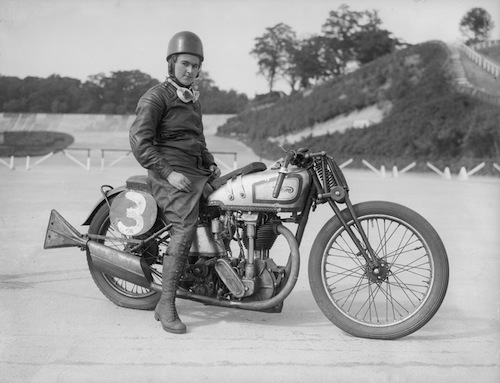 Today, she would no doubt be regarded as politically incorrect. Exacerbating the situation for her was the fact she showed little respect for her superiors. I can certainly empathize with that attitude, however, the consequence is that promotions are hard to come by. One has to respect her single-mindedness and independence because she must have surely realized that it cost her big time. If she had been a male and/or been willing to play the game there is no doubt she would have ended up running the RAE.

The book also explores her personal life, particularly her relationship with her husband and his WWII service as a Lancaster bomber pilot who completed 36 missions. Overall, I rate this book as an excellent read and well worth the money.