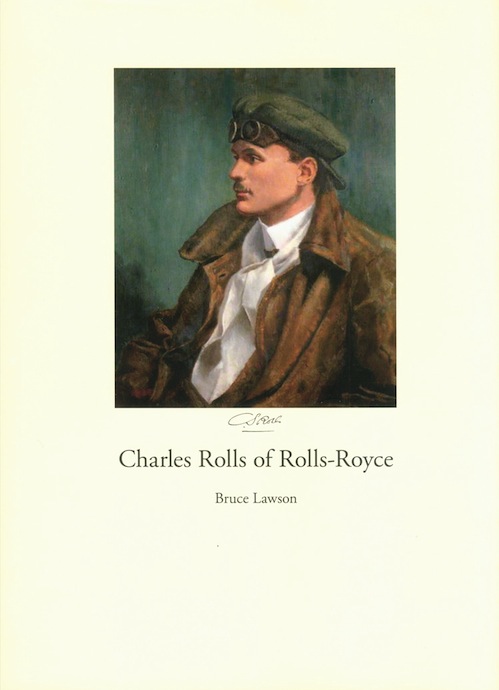 Full biographies of the Honourable Charles Stewart Rolls are few and are separated by several decades—the H.F. Morriss hagiography Two Brave Brothers of 1918, then Lord Montagu’s serious work Rolls of Rolls-Royce of 1966, and more recently David Baines’ lavish Why Not? of 2007. Fascination for Rolls remains strong, partly because the company he formed with Henry Royce is today such a strong link to his memory, and partly because Rolls’ likely future achievements were ended by his early death at age 32 in a flying accident, a hero cut down in his prime.

Rolls is a classic example of “what might have been.” He was involved with every form of transportation yet always seemed to be runner-up: his motor racing brought limited success, ballooning was largely social, motor boat racing brought him no plaudits, early aero experiments in 1904 did not lead to him becoming the first Englishman to fly, and even his greatest success—the return flight to France—was made in the shadow of Blériot’s earlier one-way triumph.

But Rolls’ doggedness, his sheer enthusiasm, have appeal today and certainly Bruce Lawson’s new book conveys this well. Lawson is a recently retired accountant and was apparently moved by the illustration he reproduces here on the cover of his book by Rolls’ “all round adventurer” mien.

This lively biography sets a cracking pace and all parts of Rolls’ life are laid out in a sympathetic way. Not all biographers actually like their subject but Lawson clearly likes and respects Rolls. There is perhaps a little too much context given for some of the other figures in the story but they are invariably interesting diversions and do serve to paint a fuller picture.

Although the self-published book is lavishly illustrated the images are not interspersed in the text. As a result the pages can sometimes seem dauntingly full of type, which is not helped by the one-column format which is never easy for the eye to follow. Several of the illustrations themselves have been skewed and distorted so that they are of limited value, especially on matte paper. A few misspellings have crept in, and errors such as Royce named as a baron rather than baronet, but overall these are minor. Rolls’ story remains fascinating, and is told well on these pages although nothing new is added to the record here. Index.