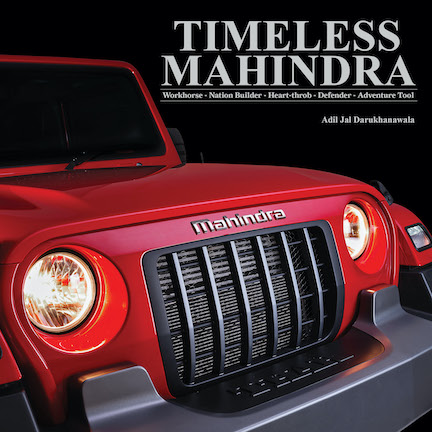 “On the one hand we have a modern, 21st-century automobile—supported by an international Indian carmaker, connected to the world wirelessly, with invisible code running through its harnesses. On the other, we have a vehicle whose ancestors were built to run without support; in far-off, disconnected corners of the globe in a time of ripe strife, with nothing but bare mechanicals to see. One can stretch imagination far and not be able to connect the two—but once the thousands of links between them are assembled, what emerges is an extremely interesting story with amazing twists and inspiring turns.”

Well, that car on the cover sure does but it’s not a variant of the Jeep Wrangler but a stand-alone model made in India by an Indian maker, Mahindra & Mahindra, a veritable automotive powerhouse. Its parent, Mahindra Group, is a multinational/multi-industry conglomerate (not least owner of Carrozzeria Pininfarina since 2015) with over $20 billion in revenue.

US readers who might be inclined to ignore this book because of its Indian connection should instead consider that M&M has had a US presence in some form since 2010 and that a version of the cover car is actually made (well, assembled) in the US. You wouldn’t have seen one on the road because the 4×4 Mahindra Roxor is off-road only. Also, until only two months ago (Dec. 2020) it was the subject of a complaint regarding copyright infringement filed in August 2018 by Fiat Chrysler Automobiles, current owner of the Jeep brand. The US episode is a mighty complicated issue, and not covered by this book, and we mention it only to underscore that it’s only a matter of time until you wish you had a good source for M&M history. With this book, you do. 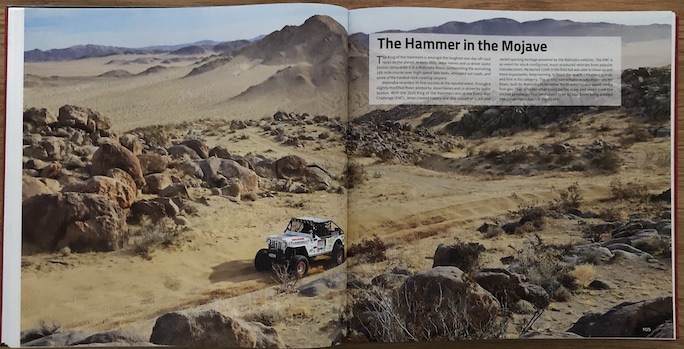 The Roxor is made by Mahindra Automotive North America (MANA) and was until just recently the subject of a United States International Trade Commission kerfuffle, delaying its availability in the US.

Author Darukhanawala is a veteran journalist, having launched some of the most successful auto magazines in India and with 14 previous books to his name. He thus not only has a reference point for motoring history but also for the mechanics of gathering information so when he says this 15th book was the hardest yet, believe it. As he points put somewhere, his countrymen are not known for fastidious record-keeping so when he was approached by M&M bosses to write up their 75-year-history, and do it within a year so that the book would be ready for the launch of a new car (the 2nd-generation Thar), he did not really see how it could be done. He talked to hundreds of M&M people high and low, sounded out his auto industry contacts and the community of Mahindra enthusiasts, and dug through his and other people’s archives (one particular Mahindra service engineer actually had saved manuals for most of the 40-odd models). Also, and again a sign of the mature writer, Darukhanawala is ever mindful of the need to get it right because his book will be the first to introduce his subject in its entirety. While the tone throughout is unabashedly enthusiastic—and why wouldn’t it?—he is keen to point out that the book is not a sycophantic cheerleading exercise. 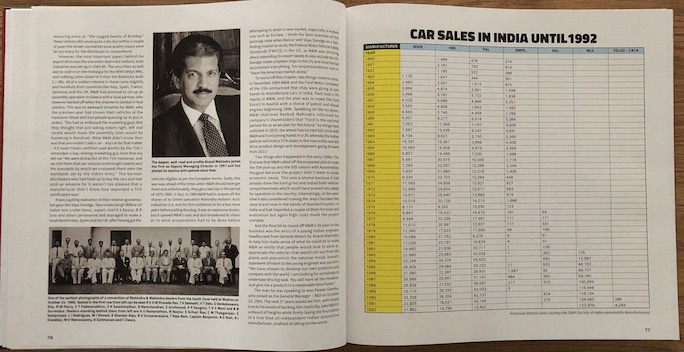 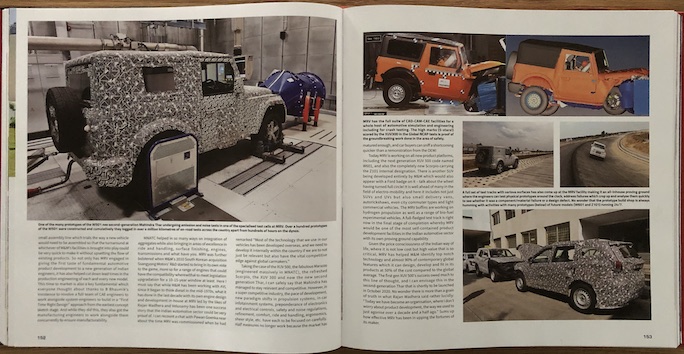 From the founding of Mahindra & Mohammad as a steel trading company in 1945 to taking a license to assemble Willys CJ-2A Jeeps in 1948 as Mahindra & Mahindra, the story of bolting together cars is embedded into the larger story of bolting a new country together (India gained Independence at just about that time, in 1947). This is a dimension Darukhanawala also explored in his previous book, on Jawa motorcycles, so there is a lot more for the Western reader to discover here than merely the immediate subject. Moreover, there is a wealth of period photography, a good deal from Indian military archives, that will not have been widely seen before. 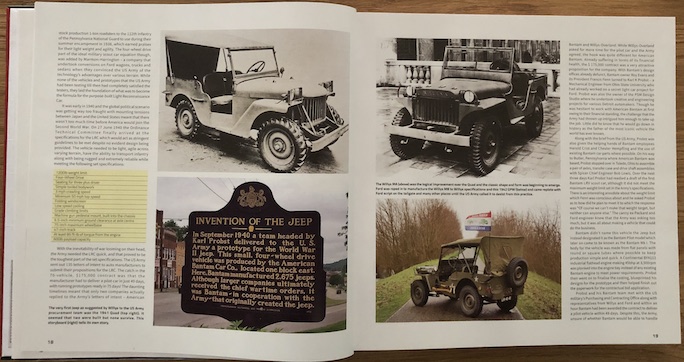 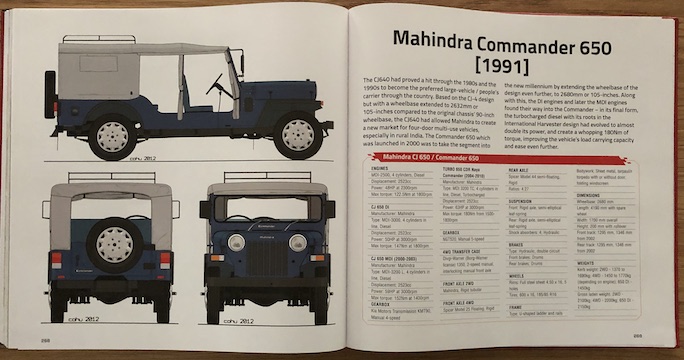 The byline COHU stands for French illustrator Hubert Cossard who did the bulk of these 3-views. Each M&M model is presented in this way, with a brief summary and data set.

After a quick sketch of the various American makers of Jeeps (including even references to such arcane topics as the “belly flopper” aka the Howie machine gun carrier, and the “Eugene the 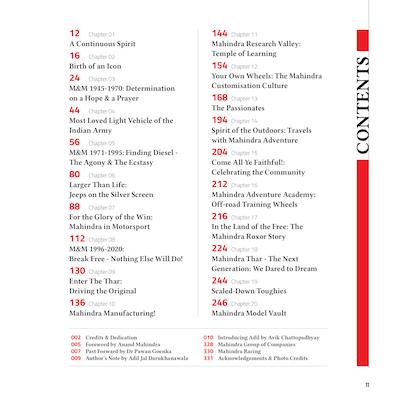 Jeep” character in the Popeye comic strip) the story moves to the why and how the Jeep came to India (who knew the Renault Dauphine almost became India’s “people’s car”?), explains its importance to the Indian Army, and then spreads out into various strands that are developed topically (such as motorsports, Specials, owner/collector profiles etc.) more than chronologically. Absent an Index you’ll only have the Table of Contents to point you to areas of interest.

The book is chock-full of useful bits, and, to say it again, the first and only one to plumb the long and complex history of M&M. 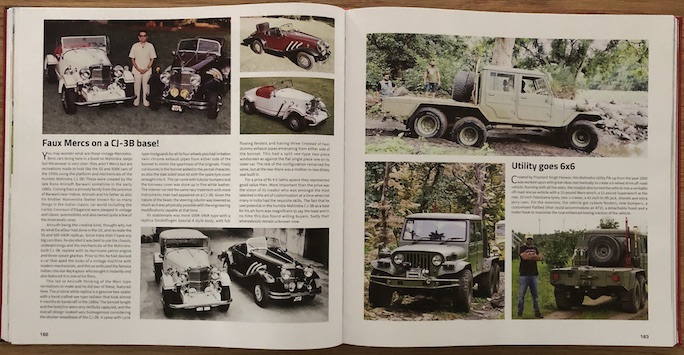 Even Specials are covered! 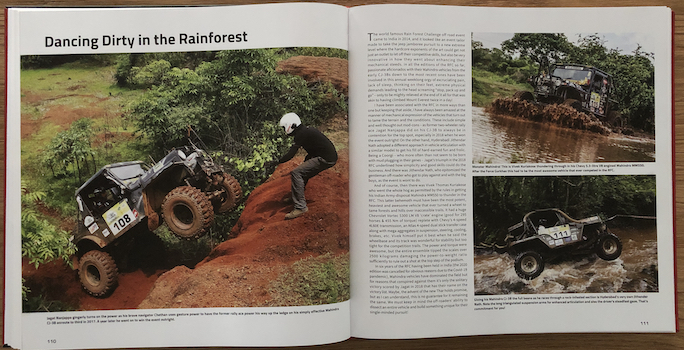 Truth in advertising: a Mahindra ad used to say “Mahindra. Roads will follow.”

Tom Pryce: Memories of a Welsh F1 Star by Those Who Knew Him »
« Bonneville Salt Flats