Racing in the Rain: My Years with Brilliant Drivers, Legendary Sports Cars, and a Dedicated Team 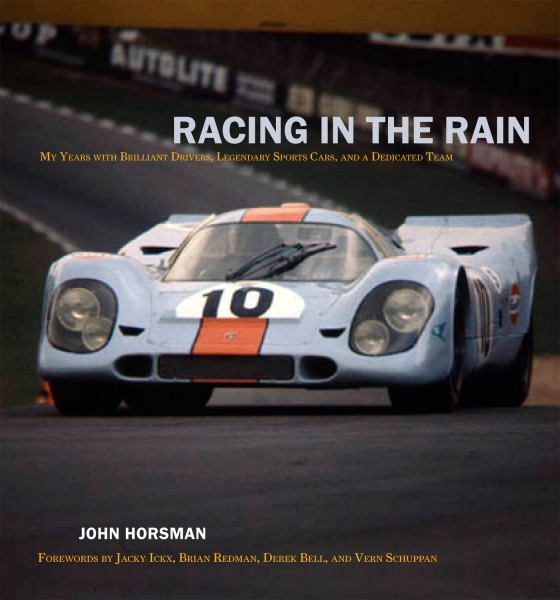 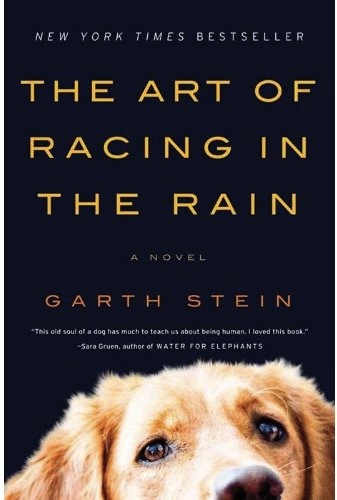 The Art of Racing in the Rain

Two books—they couldn’t be more alike in one respect, yet completely different in others. One is a serious historical tome, important in its documentation of a racing period we will never see again. The other is a great beach book. And, of course, they both have the same activity in similar weather in their titles.

Racing in the Rain is John Horsman’s autobiography, his personal, definitive account mainly of his racing career spanning more than two decades. I particularly enjoyed learning of his early activities as a John Wyer apprentice at Aston Martin. This was during the development of the Tadek Marek 3.7-liter engine in the early DB4 days, the first car completely designed by the company under David Brown.

From this start at Aston Martin, Horsman eventually rejoined Wyer, becoming project director of the GT40 program at Ford Advanced Vehicles. Then there is his tenure with the blue-and-orange Gulf-sponsored Ford GT40s, Mirages, and Porsche 917s. All were prepared by Horsman and his team: You may remember…they ran well in the rain.

It is a solid book containing historical information, technical analysis of racing achievements and failures while also giving the reader insights into the personalities of many in the racing community. Horsman turns lesser-known names into real people and adds substance to the people with names already familiar to us. He has an enviable way of conveying sometimes detailed historical racing data without drawing the reader away from his story line.

More on those personalities and insights; I have been a fan of Speed’sFormula 1 coverage for years. One of Speed’s highly regarded commentators is David Hobbs. I find his observations uncannily perceptive, invariably accurate, even entertaining. He lets his humorous British sarcasm prevail whenever circumstances warrant. I’ve not seen or read anywhere else such a first-hand and factual coverage of David’s earlier racing exploits than what is presented by John Horsman in this book.

But Racing in the Rain is not just about one driver, one course, one marque, or one period. There’s so much here that you’ll likely not merely devour it in short order, rather you will want to read and savor it. Horsman’s narrative is accompanied by a wealth of historical photographs to enjoy and study too.

And then there is The Art of Racing in the Rain. This is the fictional story of a talented young American racecar driver as seen through the eyes….of…his dog?! Now who would have conceived of such a story? Only one person so far, Garth Stein.

It’s an engaging read; kind of a Marley goes to Road America. Although admittedly there is plenty of soppy sentimentality, don’t be prematurely dismissive. There’s plenty about racing along the way as the hero, Denny Swift, overcomes personal challenges and tragedies on the way to becoming a test driver for Ferrari. The progress of his career centers on his gaining the understanding of the cars he drives, and the growth and progression of his driving talent. Satisfying the title, Denny displays his innate understanding of how, exactly, to drive in the rain.

It’s all quite allegorical to life itself which bring us back to the story teller. That’s Denny’s faithful and observant pooch Enzo, who consistently displays an incredible perception into the nature and foibles of humans. You will perhaps be surprised at his canine perceptions relative to the death of Ayrton Senna, and the concerns Senna had for the safety of the track, that Tamburllo corner, and FIA politics. Enzo is one pretty observant pooch who figures that the very qualities that make one a champion on the track—patience, balance, anticipation, perseverance and selflessness—also apply to being successful as a person

I did hesitate at one point in the story though, questioning the probability, timing, and placement for a group of automobiles. See if you can find it and if it strikes you the same as it did me. I suspect too that the book works especially well for those of us who already share our lives with canine friends. How often have we attributed certain powers of observation to them? Still, I wonder if they are all as astute as this one.

Both books are “good stuff” and terrific reads.

Copyright George Arthur 2009 (speedreaders.info)
(Reviewer Arthur, a years-long automotive enthusiast, is past president and newsletter editor for the Jaguar Club of Minnesota as well as a 35-year member of the British Jensen Owners Club.)

Posted Under: Automobiles, Fiction, History, Racing, Rally | Author: Other | No comments yet