Fifty Sides of The Beach Boys, The Songs That Tell Their Story

The flow of Beach Boys material is seemingly endless. Released during their 50th anniversary year it offers 50 essays for 50 songs. What is amazing is the amount of documented information found in the book—and the fact that this is but one small wavelet of the ocean.

Music today is ubiquitous and the music lover is offered nearly infinite choice. Here is a look at the many, many possibilities—from reel-to-reel tape to Sirius Radio, and offers insight into how one can swim through it all—from Debussy to Janelle Monae.

The music and musicians described in this book make the Rolling Stones, the bad boys of Rock, even in their most sinister and dangerous persona, seem safe, comfortable and overtly commercial. Even just this book review may severely offend those of delicate sensibilities.

Fred Goodman offers an account of the business end of Rock. For fans of the Rolling Stones and the Beatles, he opens a window into the back rooms, the money rooms, of the music industry. The central figure, Allen Klein, is drawn fairly and in depth.

The fact that this compendium is published by the august Princeton Architectural Press alone shows that this is a far more elevated subject than one would think. Downloaders and cloud dwellers just don’t realize what they’re missing!

Many still care deeply about Dennis Wilson, cofounder of The Beach Boys. Although this book doesn’t deny Wilson’s hedonistic behavior, it tells of the—often unconventional—devotion and affection he bestowed upon his stepson Scott. But the book, like its hero, has serious problems. 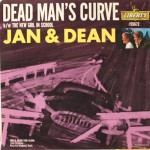 “The last thing I remember Doc, I started to swerve…”

Teenage tragedies, car songs, Jan Berry, Dean Torrence and Brian Wilson. 1964 was a heady time, and here at Speedreaders we miss nothing. 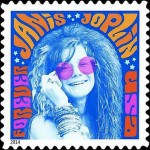 A book cover with scalloped edges? Nope, this is . . . a postage stamp! Nothing escapes our attention, especially if it’s well designed and of some cultural import. So there.

Humans communicate—music is communication. But it’s also much more than that. Some 40,000+ years of musical ideas, forms, and trends in the Western world are discussed here to make sense of it all. 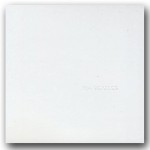 The Beatles, the group, and The Beatles the album, aka The White Album, seem destined to be with us always. Speedreaders takes a detailed look at a 2009 CD reincarnation.Obladi Oblada indeed.