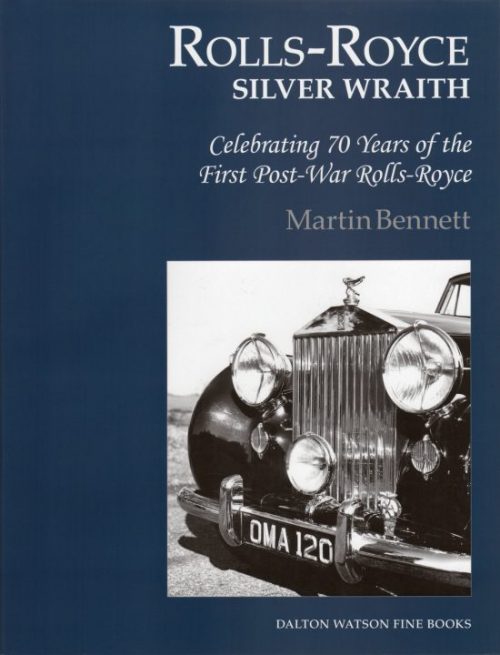 “Today, many enthusiasts and owners regard the Silver Wraith—particularly the early versions with short wheelbase and manual gearbox—as the car that most completely encapsulates the traditional characteristics of The Rolls-Royce motor car and as such it could be said to qualify as the quintessential Rolls-Royce.”

For sheer presence the Silver Wraith is an impressive car—and this is an equally impressive book, both in content and in presentation. Except for the various Phantoms that were produced concurrently but for a fundamentally different audience, the Silver Wraith (1946–59) represents the last great flourish of the coachbuilder’s craft although batch production really took hold with this model. 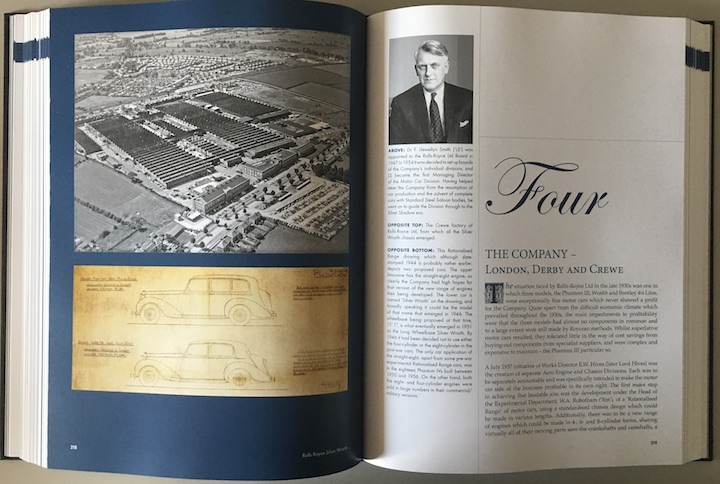 These cars were once a common sight at car shows and rallies, much less so today, but this book will go a long way towards showing why this remains a desirable model to own and drive. Author Martin Bennett is no stranger to the enthusiast’s bookshelves, with titles on the Crewe years, the Bentley Continental, and the postwar Phantoms to his credit. And, not unrelated to his interest in turning the spotlight on the Silver Wraith, he owns and restored one. 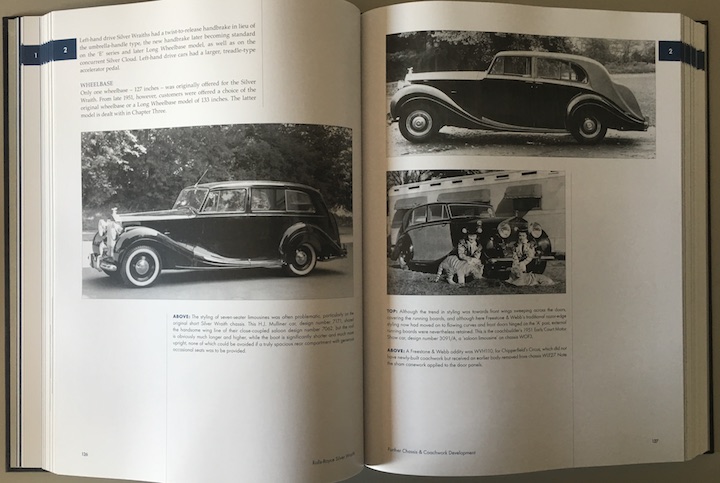 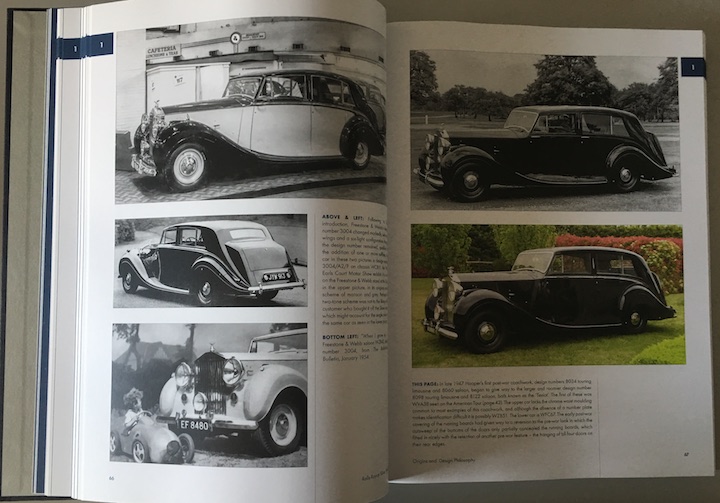 The book begins with the origins and gestation of the Silver Wraith out of what Rolls-Royce called the Rationalised Range that, conceived in 1937, sought to introduce cost-effective ways of building an essentially hand-built top-of-the line luxury car. The experimental and preproduction cars are particularly well covered, revealing the integral jacking system that would, in the end, not be adopted for production. The coverage of the “Show the Flag” tour of the US in late 1947 to promote exports, and the Show cars generally, is also of interest in what is a long and comprehensive chapter on the early years of the model.

It is not really appreciated today just how fully the Silver Wraith continued the range of prewar coachwork types and, to a large extent, styles. In fact the Silver Wraith represents the final flowering of British bespoke coachbuilding, an industry that declined radically in output post-WWII. In two superb chapters the author ranges over the sedanca de villes, the cabriolets, the dropheads, the limousines and many more whilst introducing us to the long-wheelbase model that made the Silver Wraith even more impressive. In Britain the razor-edge style was greatly appreciated and in the Silver Wraith found its finest expression. Useful images of details around the chassis and coachwork are complemented by all the coachwork at its best, with picture quality of a high standard. 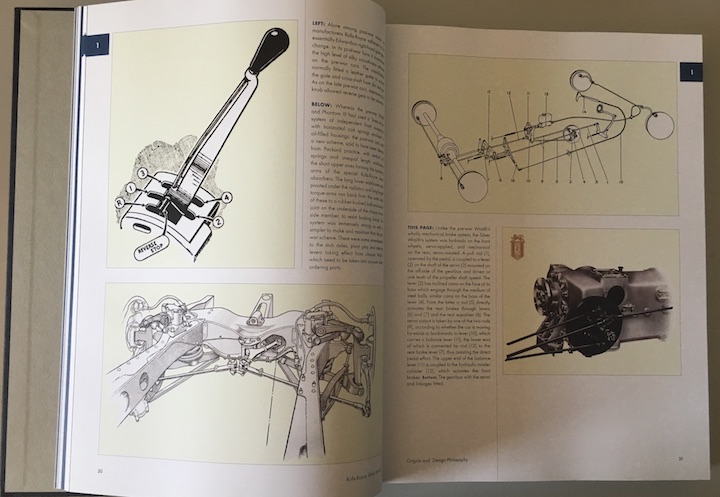 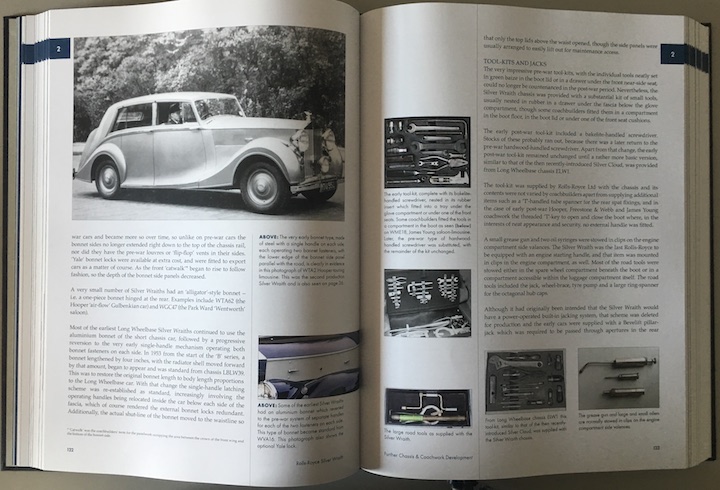 A final chapter on the “Builders” takes the reader through the Crewe works and its legendary characters, on to all the coachbuilders with their crowded and sometimes Dickensian workshops, a detour into the dealers, and finally into useful Appendices listing every single chassis, the handbooks and brochures issued (including by coachbuilders), specifications and so on. Everything relating to the Silver Wraith is there. One niggle is that the (computer-generated?) Index places some names in curious positions, far from intuitive (cf. royal or titled persons are listed under their title [Queen, Duke, Maharaja etc.] and not by name; or <The Foreign Office> under “T” instead of <Foreign Office, the>.) Commendably there are separate indices by chassis number, coachbuilder, and coachwork design number. 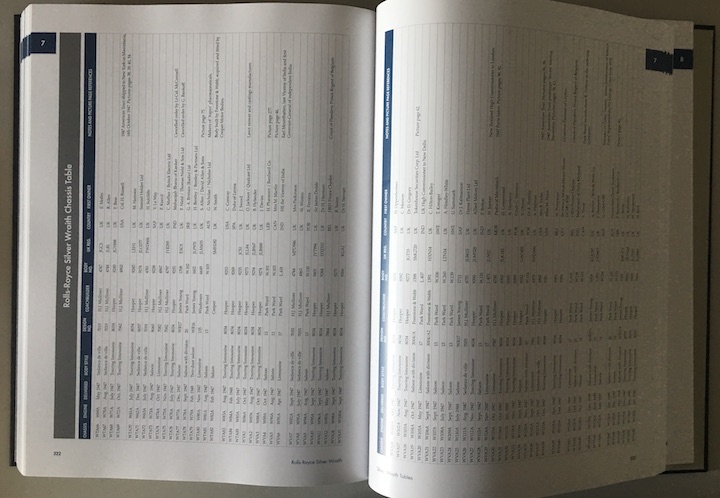 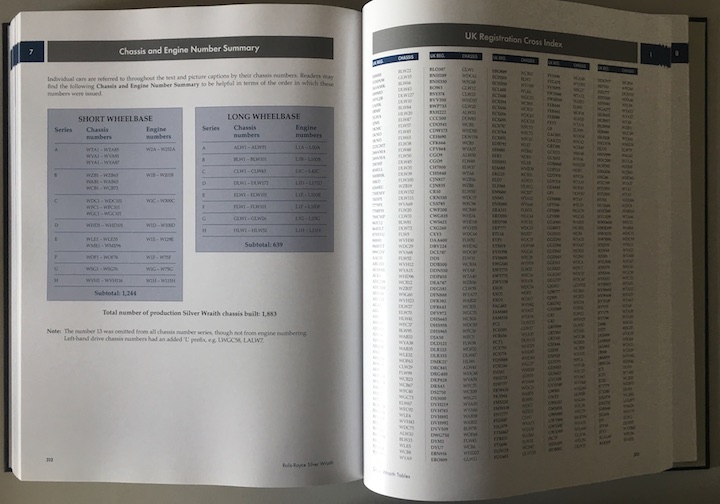 Motoring books of recent years have benefited hugely from superb production quality and from archival discoveries. This book, and similar recent examples from Davide Bassoli on Silver Clouds and Steve Stuckey on the Phantom III, have another quality which began with John Fasal’s book on the Twenty in 1979: they take you back to the cars when new and make you feel you are there, surrounded by the atmosphere and charm of those days, which is a very human quality. These are the sort of books you pore over, always noticing new things to appreciate and admire.

I recommend this volume to all wanting both the fullest coverage and an expression of Rolls-Royce quality.