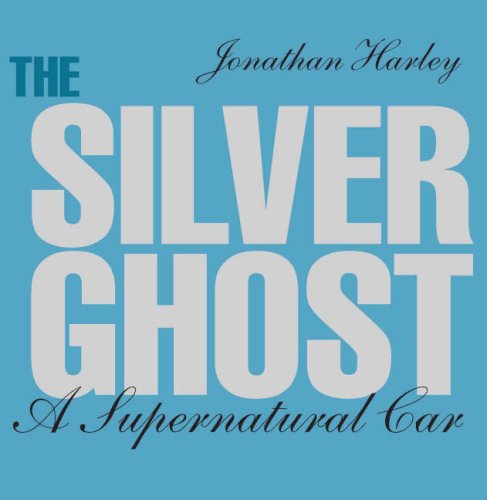 The title notwithstanding, this book is not primarily about the Silver Ghost. It is, as it says in the Introduction, “the story of a car restoration shop.”

To be more precise, it is a series of cameos that combine to form the autobiography of Jonathan Harley, the proprietor of UK car restoration shop J.N. Harley Engineering that specializes in this model and has restored more than a hundred such cars. Harley had served in the Royal Armoured Corps in Malaya and Germany and so acquired practical experience working on Rolls-Royce military engines. A chance discovery of an abandoned 1926 Rolls-Royce Phantom I and its subsequent restoration set him on a new career path.

The book will appeal to the many enthusiasts of the Silver Ghost that have encountered Harley or his work over the past four decades, as well as to those who, whether familiar with Rolls-Royce lore or not, dip into the book and discover that it can be enjoyed by the casual reader. The many color photographs throughout make it a pleasant book to browse, and an easy read. The 170 gsm Matt Art paper has a good quality feel and the print quality is excellent.

There are not many books that could find new things to say about the famous chassis AX201 that bore the individual name “The Silver Ghost” and acquitted itself so well that its name was henceforth applied to all models in the 40/50 hp range. Nor would one think that new or interesting photographs of The Silver Ghost could still be found, but chapter 5 contains previously unpublished photos, fascinating because they show The Silver Ghost when it was in regular use as a workhorse carrying the family of Rolls-Royce traveling inspector Daniel Hanbury and their luggage each summer from their home in Lyndhurst, Hampshire, England, to their Italian home at La Mortola, Ventimiglia, on the Italian riviera, a distance of some 900 miles each way. Many of these photographs were taken by Hanbury himself.

The serious enthusiast of the early Silver Ghost will be interested in Appendix C which effectively extends the official Parts Book that commenced with the 1908 series 60700, back in time to cover the 1907 60500 series. This is possibly the most valuable contribution of the book, and makes it a worthwhile addition to the existing Ghost literature.

Index, plus separate index of Silver Ghost references and photos in the book.