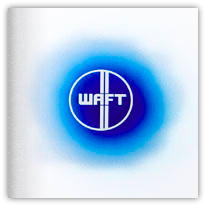 WAFT has 256 pages and a unique cover with real car paint of an iconic car.

But WAFT has no subscription, no publicity, no scoops, no bullet points and no lists.

WAFT has no loose ends either, everything is connected.

Most of all, WAFT has no periodicity. The next issue will be published when ready. Not one day earlier.

This book is from Belgium.

This should raise expectations.

If it didn’t, it may be that you simply haven’t yet realized that this tiny, tiny country that has no indigenous auto industry has a disproportionately large presence in the world of cars and, by extension, car culture. From Bentley to Renault to Italian design studios, Belgians are putting their mark on things.

Certainly in the case of this book, a quirky mark but even those who, say, don’t relate to Monty Python should be big enough not to deny the craft, the cleverness, or the originality. This book is so full of them that it is best consumed in small doses so as not to overload the senses.

Consider, for instance, that one of its “chapters”—which is hardly the right word for the 22 essay-like musings—explores the phenomenon related at the beginning of this review in the form of a report on the proceedings of the IOOCFBCDOCDWCEPTBR. Never heard of the International Organization Of Conventions For Belgian Car Designers Or Car Designers Who Can Evidently Prove Their Belgian Roots? The first of its final conclusions is that Belgian fries really are better than anyone else’s.

So, put on your Quirky Hat and come exploring. The quote above could be the whole of the review; it says all you need to know. This is WAFT 2, so you’d be correct in extrapolating that there was a WAFT 1 (2009). Will there be a WAFT 3? Only if the muse kisses author and freelance motoring journalist Lenaerts 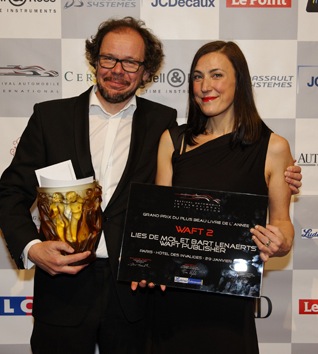 and his photographer and latterly wife Lies De Mol (“She’s not so fond of cars, but adores beauty and admires character.”). Which it surely will, if ever they find enough time to divert from their “proper book” projects such as their most excellent recent book on Ercole Spada and the current hush-hush work on Inside SCG 003 that will introduce the ultra special racecar (which is also included here) that Cameron Glickenhaus is having built for his scuderia into the record.

Another way to get a handle on this book is by using another quote: “Pornography is there to give you an erection, erotica is there to give you emotions.” Those to whom this is a meaningful distinction will obviously savor WAFT as the latter and they will take their time discovering it layer by layer.

After only a few pages you’ll probably think that it must be . . . exhausting . . . to be Bart Lenaerts! How long can he possibly keep up the wordsmithing? It’s not just the writing but the whole concept, including the visuals, and the painstaking attention to planting the sort of detail that will reward those who have eyes to see and an imagination to spin out stories in their own minds. Is, for instance, the photo of a fairly full-figured women at a restaurant table, cocking her head that is topped with a splendiferously expansive blue hat at the camera just an arresting photo or does the oversize chronograph watch on her wrist tell a car-specific story? (Or: you’ve seen an Alfa badge. It’s not the one above!) 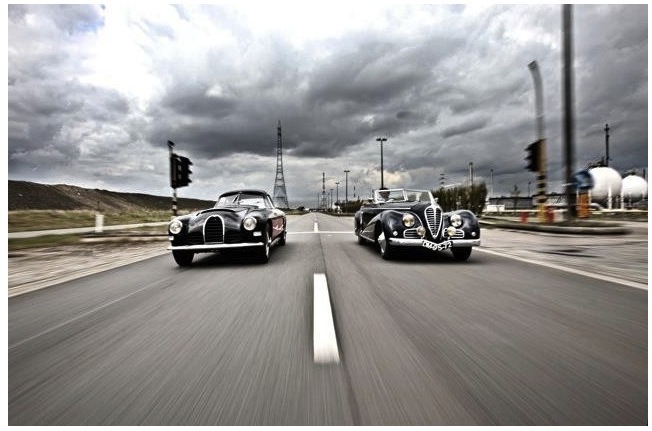 They criss-crossed Europe to chase stories about what Lenaerts calls “the outer edges of the motoring universe”—concours (Villa D’Este) to coachbuilders (Carozzeria Touring; carspotter alert: a Bentley Flying Star shooting brake) and profiles of individual cars and people too varied to mention. Some short, some long, almost all require some mental gymnastics. There’s even a honeymoon/Mille Miglia diary—the unnamed couple turning out to be our protagonists. 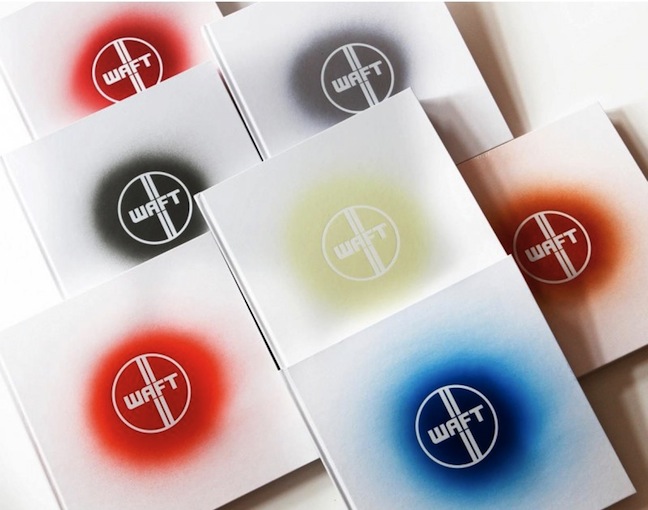 Each copy of the numbered, limited edition has a hand-applied burst of spray paint applied to the front cover that is said to be “genuine lacquer of important cars” like the BMW Vision Concept, McLaren MP4-12C, Bentley GTC Supersports, Renault DeZir, Touring Tornante Concept, Lamborghini Aventador, or Aston Martin Rapide. It’s not clear how they pulled that off; it would have made a good story for this book! Anyway, an actual print of an actual photo of the respective model is tipped in at the back of the book. (WAFT 1 had oil stains “from an important car from motoring history” on the cover.)

If you’re worn out from reading, the book even comes with a DVD with a short film of a woman at the wheel of an Aston Martin—vocalizing the sound the engine makes! It’s a bit anticlimactic to be teased into thinking “supercar” only to be shown, at the very end, that it’s “only” an Aston/Toyota Cygnet minicar. Still, it’s clever/quirky/weird/fun.