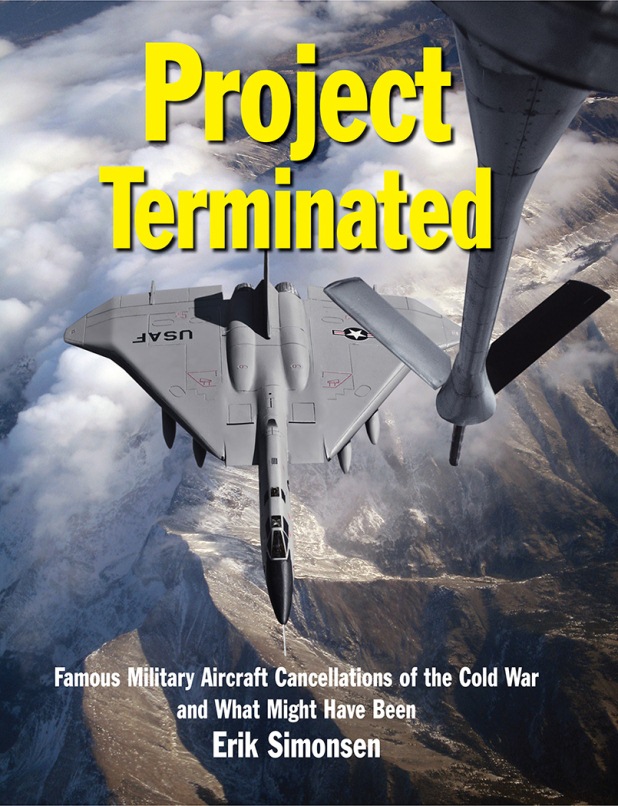 “Looking back, many of the procurement and cancellation decisions undertaken had a profound impact that extended for decades into he future. Some decision processes cut short the opportunity for some programs to leave their indelible mark in history.”

If you know your aircraft you’ll recognize the one on the cover as the F-108A Rapier, a Mach 3-capable interceptor. And if you know your aircraft you’ll realize that the cover, realistic though it looks, can’t be a photo—for that aircraft never flew. In fact it was never even built. Its development contract was awarded in the summer of 1957 and that winter the same maker, North American Aviation, was awarded the contact for the Mach 3 XB-70 Valkyrie bomber, prototypes of which did fly but never progressed to series production. Why one and not the other? Or why did proposals that actually won fly-off competitions get scrapped in favor of seemingly less capable ones? The answer is well expressed in a quote from British aircraft designer Sydney Camm: “All modern airplanes have four dimensions, span, length, height and politics.” It is the latter that is a dominant theme in this book. 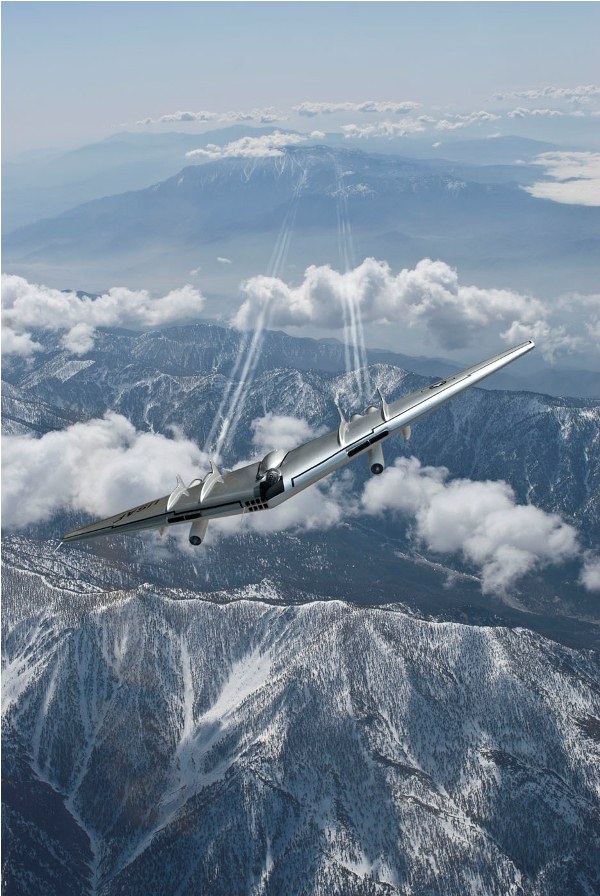 But first, let’s revisit the illustrations because while the political aspect is going to be polarizing, the artwork is not. In fact it alone is a perfectly good reason to buy this book. Not only is the flying apparatus (there’s one rocket included, the X-20 Dyna-Soar) rendered in a hyper-realistic manner but so are terrain, sky, light and shadow. Just how these composites/montages of photo- or model-derived renderings and appropriate backgrounds are achieved is not disclosed—but we can tell you that Simonsen’s wife Sharon is the Photoshopper in the family although she is not identified as such here. The detail is staggering and convincing, and the execution pleasing and, well, impressive. Most craft are depicted in motion in the air but other than escorting or intercepting, none are shown in their specific roles, i.e. in “action.” No dogfighting, no rocket-firing—just cruising. This is just fine and the only reason to point it out is to make clear to the reader what to expect. 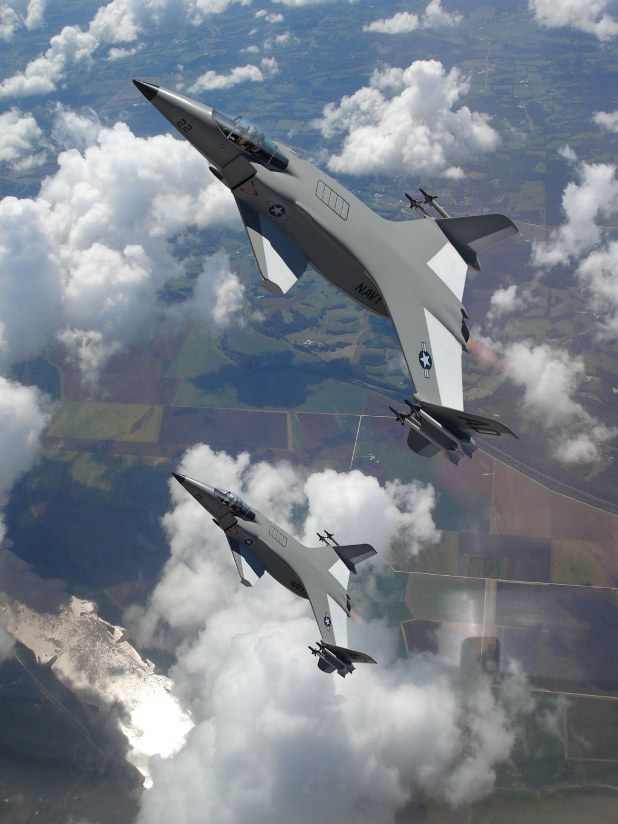 Simonsen (also wrote Spy Planes and This is Stealth) has been a photographer for over 30 years. You may have seen his work in such established periodicals as Air Force magazine or Aviation Week or at stockhouses like Getty Images. What specifically drew him to the “what if” aspect of military aviation is not explained but one surmises that his strong feelings on the subject of geopolitical dynamics (see quote above) are a driving force. Only superficially are these wistful ruminations about dead ends, or rather roads not taken, in the history of aviation and technology. No, the deeper message here is political meddling by bureaucrats who neither learn from the past nor have a handle on the future—and there you are right in the thick of things. Simonson isn’t merely frustrated by it, he disdains it, probably so much so that he is limited by his own tunnel vision. This angle is sure to ruffle feathers and provoke all sorts of disagreements. Each year, military academies process piles of doctoral theses on issues such as the “vulnerability gap” so you can’t very well expect one 68,000-word book to settle such matters conclusively. Should the venerable B-52 bomber be re-engined today and kept relevant six decades into its service life? Would the B-70 have shortened the Vietnam War? Are bombers manned by people a better delivery mechanism for nuclear warheads than unthinking missiles? Simonsen raises dozens of such questions, and not just in regard to the ten specific projects he discusses here.

Considering the era the book focuses on it cannot come as a surprise that US Secretary of Defense Robert S. McNamara is painted as the arch villain incarnate. There is nothing wrong with having a point of view but the clinically objective reader will label it polemic and accept it as an unavoidable tension in any book that straddles the spheres of fundamental, objective fact (aircraft specs etc.) on the one side and speculation about an unknowable version of the future (what would have/should have happened if the aircraft had been developed to maturity?) on the other. Remain mindful of this, and appreciate the book for what it does do singularly well: place those craft that only existed as scale models or 1:1 mock-ups or engineering drawings into a virtual reality. (Modellers will love this book!) And consider this: the most, most excellent Foreword is by Walter J. Boyne, a name synonymous with the highest reaches of aviation history (he is a former director of the National Air and Space Museum of the Smithsonian Institution and is currently Chairman of the National Aeronautic Association). Let his endorsement drown out the noise from those Monday-morning quarterbacks who, reveling in the anonymity the Internet provides, are spouting their “opinions” in the usual places. The fact that there are so many “reviews” of this book shows that there is real interest in this topic and that the arrival of this particular book, first announced in 2010 and delayed repeatedly, did not go unnoticed.

Archival photos augment the text, all clearly credited and distinguishable from Simonsen’s computer-generated imagery. If there is a common denominator to the craft discussed here it is that they were “unfairly” cancelled, as if they had no real, objective technical or operational/strategic—let alone financial—shortcomings. Readers with a more catholic take on aviation history will consider this approach flawed. Only US (8) and UK (2) craft are discussed so there is a whole wide world yet to cover. Simonsen’s next book is likely going to be about fly-off competitions and the highly volatile question of how a winner is chosen.