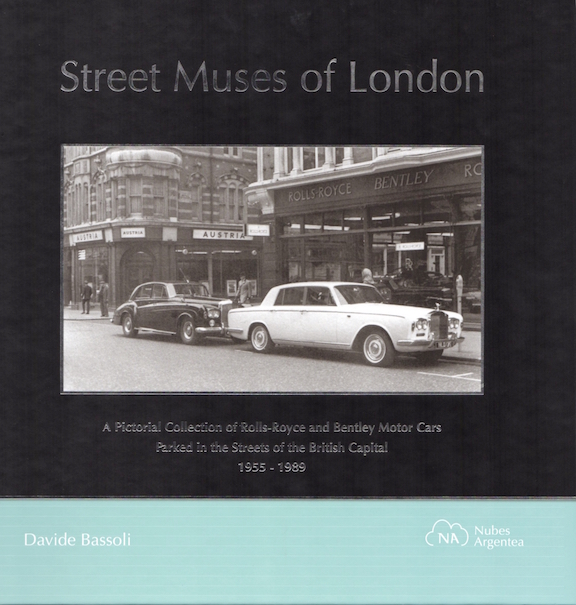 The phenomenon that is Nubes Argentea (Latin for Silver Cloud, an iconic Rolls-Royce model) publishers goes from strength to strength with books of outstanding design. Beginning with its lavish volume Every Cloud Has a Silver Lining, continuing with a follow-up Early Days on Clouds, and then The Spectre Arises on the Phantom III, we now get Street Muses to give us a nostalgic tour of the quintessential British car on the streets of the quintessential British city.

Perhaps it was Robert Straub’s Classics on the Street that was the inspiration for this heady book. Straub had walked around Paris in 1953 and photographed the everyday cars that are now our classics. Ordinary photos, cars “dans leur jus” as the French say. For London the equivalent was the late Graham Crump who pounded the streets of central London during 1955–89. His thousands of car photos were slowly sold on eBay and author Bassoli set about buying many of them (as did many others, this reviewer included). The result is a mere(!) 957 photos in this book of the many more that were sold. 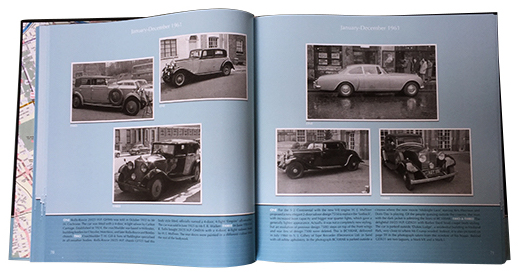 It matters not that some of Crump’s photos were grainy or cropped (but they are well reproduced in this book). What matters is the context, the charm, the nostalgia, and the reminder that these cars were once used regularly, often into old age.

Bassoli and his team set about the task with a relish, giving each image (of 610 different Rolls-Royces and Bentleys) the identity of the car and a detailed caption. And because Crump dated his photographs and provided some details of each car it made a chronological approach the obvious choice. 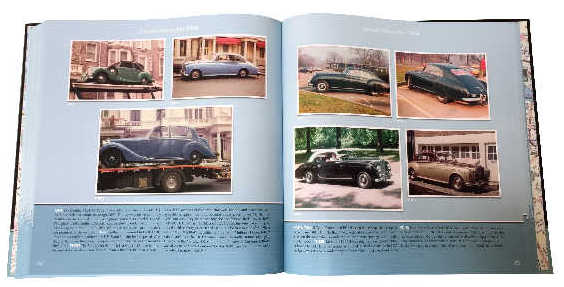 You can see London’s car scene evolve. You’ll see cars in this book that were near new, unadulterated by the features that later restorers added to them, and old cars that still look as new after years of use. There are also Royal cars in ordinary rather than processional use, and of course as the years rolled on you can see how Crump was more and more drawn to the glamorous new cars of the 1960s. He was also drawn to the Rolls-Royce Ltd. showroom in Conduit Street, once a holy grail to marque enthusiasts but now sadly in other hands. Here he saw cars come and go, inside as well as out. The legendary dealers in the Kensington mews also figure prominently. 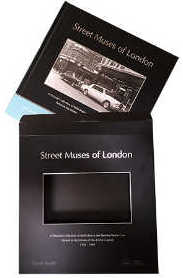 We have a lot to be grateful for to Crump, and to Nubes Argentea for giving us this utterly delightful stroll down memory lane. A follow-on edition is already on the drawing board and Bassoli’s archive is deep enough to keep going after that.

A map of London showing Crump’s route is included along with a spreadsheet indicating the page number where specific cars are depicted.