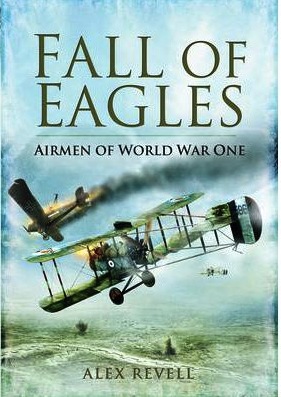 Looking at specs and studying airplane photos are one thing. Hearing the men who looked through the crosshairs, while being in those of their pursuers, puts a different spin on matters.

A minor but important thing needs to be cleared up first. The publisher’s own advertising shows the book with a different subtitle: The Evolution of Air Warfare in World War One. This may well lead the buyer to expect a rather different book. Instead the book presents 17 vignettes of aerial engagements in Europe by using the airmen’s real and imagined voices and embedding their commentary into the author’s narrative and closing 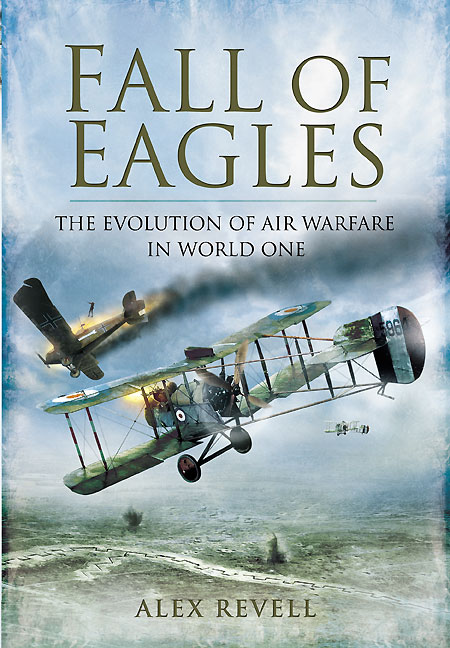 remarks. Whatever “evolution” reveals itself in that treatment in regards to strategy and tactics is entirely incidental and anecdotal.

The reader new to the subject would do well to begin with a perusal of the two 8-page photo sections to get a feel for the subject. It’s not just the relative flimsiness of the flying machines that should affect your reading of the action reports and excerpts from personal letters and memos. Beholding the bearing and demeanor of the men in the photos, not to mention their different ages, may also help you better relate to the rather different sense of valor—honor, really—than what one would expect of combatants. In that regard it is also noteworthy that Revell lets friend and foe alike talk with equal candor.

Revell has been interested in World War I aviation since the age of six and started in the 1960s to gather personal recollections from WWI participants, especially aviators. Over years and decades of conducting interviews and gathering artifacts he formed lasting friendships and became a living link between pioneer and modern-day aviators. He made an international name for himself as a researcher and historian, with scores of articles and several books under his belt and as a founder member of the First World War Aviation Historical Society.

This book is decidedly non-scholarly. The information is culled from logbooks, war diaries, letters, and interviews etc. A brief setting of the scene quickly switches to personal recollections in the first person. This transition is denoted by a single quotation mark—miss it and you may well find yourself confused. For dramatic effect imagined dialogue is used. The engagements presented here are most often the flyers’ last flight, most often ending in a crash that leads to capture or death. Each of the bios ends with a summary by the author, in italics, of the airman’s career, achievements, and—if applicable—post-war life. (The first German ace, Max Immelmann, is recognized here but the text fails to point out that an aerial combat maneuver of the time was named after him, as is the “roll-off-the-top” in modern aerobatics.)

With the “storytelling”—if that is the word—so engaging, it is all the more jarring to note the rather many typesetting irregularities. The photos in the two stand-alone photo sections are helpfully separated by the chapters’ titles; you’ll still have to flip back and forth but at least you’ll know what goes with what.

Especially readers with an interest in WWI aviation art should have this book. Period photos can never be as detailed and evocative as paintings are and the human angle in this book will make the paintings much more relatable.

To one of the men featured here Revell has devoted a separate book (same publisher), Brief Glory: The Life of Arthur Rhys Davids DSO MC.