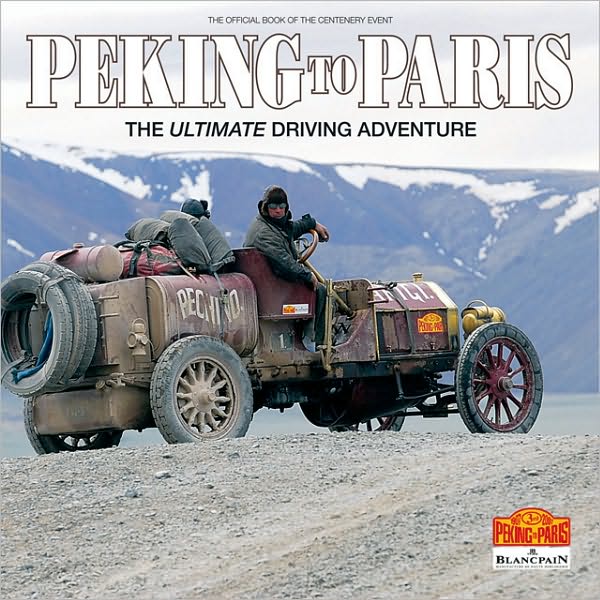 “A Stupendous Challenge: Is there anyone who will undertake to travel this summer from Paris to Peking, by automobile?”

Since joining the Daily Mail’s news desk and driving their entry in the 1977 London–Sidney Marathon, Young has driven 12 international rallies and organized over 50 events, and is co-founder of the Historic Rally Car Register and the Endurance Rally Association. Despite this undeniable accomplishment, he is not universally beloved—certainly not as an organizer—by participants. Either maligned or misunderstood, he has finally written his own account of the 2007 Peking–Paris, and, to remove any doubt as to his intentions, subtitled it “The Official Book of the Centenary Event” (our emphasis).

Of the several books published about this epic event, this one really is the most comprehensive, touching upon many details that only the organizing team would know. The individual accounts by participants in recent years were rather narrow in their portrayal in that the writers—traveling alone or at most in small groups and seeing their fellow travelers as competitors—simply had no way, or inclination, to describe the event in an all-inclusive manner.

Unlike the previous run in 1997, this 100 Year Commemoration Rally followed Prince Borghese’s original route as closely as modern geographic realities allow. Starting with a synopsis of the 1907 event (accompanied by previously unpublished photos and newspaper clippings) and a discussion of the 90th anniversary run, the book gives a chronological, diary-like account brimming with (mostly) Gerard Brown’s excellent photos of the cars (which include an authentic Itala, like Borghese’s original mount), people, and landscapes. The tables of results at the back of the book are preceded by a section of comments by each of the individual competitors accompanying a photo and description of their cars. Remarkably, of 124 starters only nine failed to complete the 35-day journey.

Words can go only so far in describing a sporting event of such visceral a nature; the photos help a great deal in conveying the hardships and triumphs—they will have you twitching in your armchair, and either resolve to do it one day yourself (the next run is in 2010) or capitulate in the face of enormous cost and risk to man and machine. The Index lists only people.