Anyone who says the new Alpine A110 cribbed from the Porsche Cayman must not know anything about the original Alpine or understand that the new car started with a totally blank sheet. And if you heard one barreling down the road, you’d never mistake it for anything else. Alas, Americans won’t be so lucky. This fantastic book will make that loss only harder to bear.

The marque went racing within a year of its founding. Outside of Delage circles it is not fully appreciated just how competent their racing cars were. This book puts one of the three distinct periods of success under the microscope. And we mean microscope. 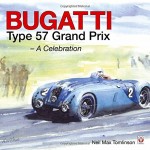 This book lives up to its billing as a “radical look…challenging traditional beliefs.” Who’d think that three (or four?) racecars could confound two (or three?) generations of historians? 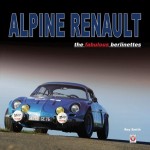 For the first time in English the full story of the little French road rocket of the 1970s is told. From concept car to modern-day club racing, it’s all here.

About 100 miles northwest of London you’ll feel like a time traveller. First opened in 1938 you can still see the same cars competing here, six times a year. People who know come from near and far—but outside of England, few seem to.

They were the world’s largest automobile manufacturer in the early days. This book shows how trying to be everything to everyone is a heavy cross to bear—and can ruin you.

Even if you have no specific interest in Citroëns, this book is so beautifully made and so richly illustrated you’ll want it just for the pleasure of knowing you can have a peek anytime you want to!