Even a car as large as the DS probably can’t hold all the books written about it. This one is different! Photos you haven’t seen before and taken by someone who “gets” the car accompany a solid model history.

A big book about a small car built in small numbers. Both are expensive! The story is told in the wider context of the French auto industry and the dying art of the coachbuilder.

by Chambrette, Bel, Renou and Revoy

This book does not only cover the Vega, one of the 20th century’s glamour cars, but all the products and activities of the entire Facel company.

An Omelette and Three Glasses of Wine: En Route with Citroëns

See France by going on eight road trips in Citroëns old and new(ish). 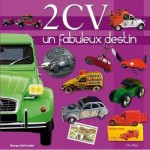 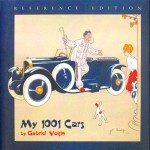 If all you can think of is “cars” when you hear Bugatti, you’re missing something. Furniture, sculpture, and, yes, cars—there’s a Bugatti for that. This book shows pieces that are held in public and private collections in Australia.

Even for a company known for building innovative cars, the DS was wildly radical—and sold nearly 1.5 million copies!