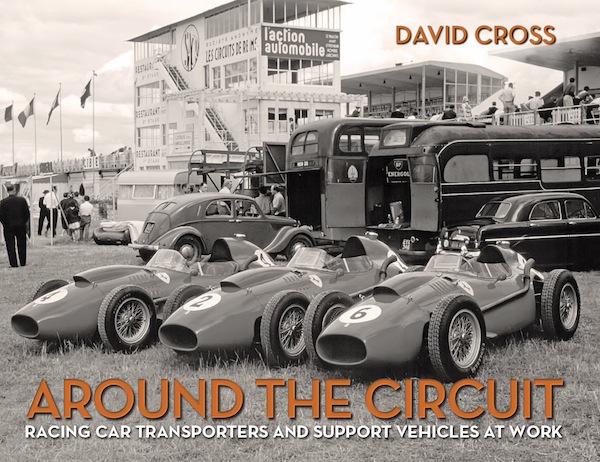 The most valuable historic commercial vehicle ever sold at auction is—a racecar transporter! This was the Ecurie Ecosse’s custom 1960 Commer TS3 three-car hauler and it fetched a staggering £1,800,000 (Dec. 2013). If you’ve ever played with toy cars you probably had this one, it was a Corgi model. But even if it weren’t for this particular truck, or that vintage commercial vehicles in general are enjoying an increase in visibility, this book would have its place and purpose. 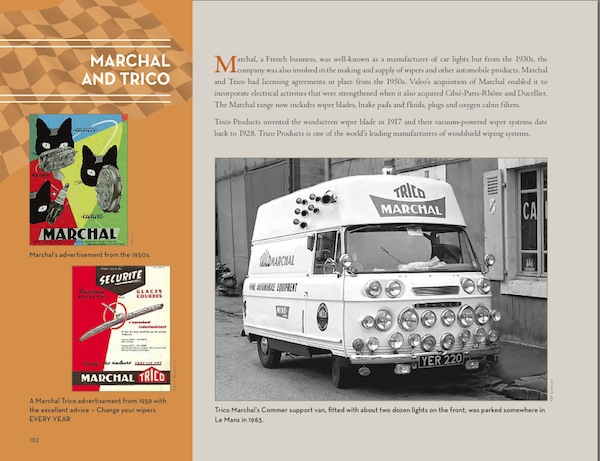 When it comes to books it is usually not a good thing if it is said to be “more of the same.” But here it is! When the prequel came out in 2012 it was really the first proper book to shine a spotlight on the utility vehicles that became ubiquitous once racecars stopped driving to races under their own power. For those with an interest in such matters, its 550 photos, many previously unpublished, only whetted the appetite. We called it “a wildly entertaining book that was simply begging to be done.” And we also said “Vote for a second volume by opening your wallet for the first one!” Author Cross actually didn’t wait for that to happen: work on the second volume had already begun before the ink on the first had even dried. Anyone who’s been around the making of books knows that a wealth of material ends up on the cutting room floor. In the case of this book, too, more and more material kept coming in after the first one got people excited. Alas, if there were to be more books still, they won’t be by Cross for he succumbed to illness (Sept. 2013) just as this volume was going to press.

Most of the comments we made about the first book in terms of organization and the varying level of detail among entries applies here as well, if anything more so because it has many more, and many more obscure entries. This is by no means a criticism, just something the more excitable readers need to make peace with. And that there are excitable readers is obvious in a remark Cross makes in the Introduction: “There is no attempt to deal with the whole history of a team or marque and some readers may feel this leaves important omissions.” One feels pity for Cross agonizing over having to “defend” his work against such an idiotic expectation, and one pities—but in an altogether different sense—those readers unenlightened enough to entertain it. On the other hand, the first book did get top honors as “Publication of the Year” by the International Historic Motoring Awards. Justice.

The difference between the two books is kind of alluded to by the word “around” in the title. While these are fluid distinctions, the second book expands the scope to consider breakdown/recovery vehicles, sponsor vehicles from oil trucks to press caravans, and all manner of peripheral transportation such as track scooters and the like.

The entries are in alphabetical order by maker or team or individual racer or “other.” The latter can mean a whole lot of things you’d probably not have thought of: there are entries for illustrator Russell Brockbank (three of his drawings are scattered throughout the book), the Brooklands racetrack, and the Citroën DS “Tissier” car carrier to name just a few. Even “Lightning McQueen” from the Cars movie gets an entry! A sentence from the first book’s press release is worth quoting: “[this] encourages the reader into a feeling of serendipity, not quite knowing what is coming up next.” Just so. 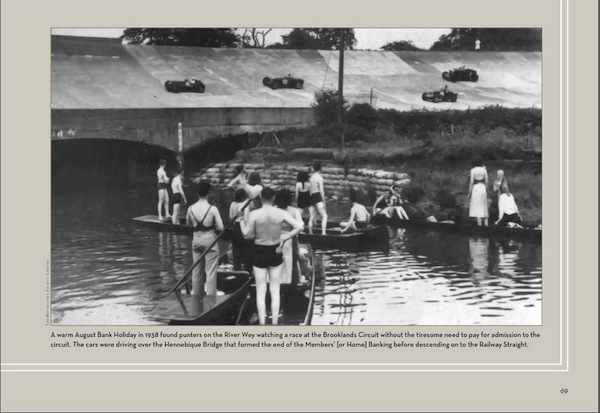 As in the first book, it is the wealth of photos that are the main draw. There are over 600 of them but there are thousands of things to look at! (Quick test: look at the racecars on the cover. Spot three differences! And, no, the different numbers don’t count.) From fashions to architecture to technical bits—not to mention the treasure troves that are the parking lots and staging areas in which all sorts of vehicles and apparatus (and people!) will tax your sleuthing skills and powers of observation. And, realize, this book is not just about commercial car transporters but anything to which a racecar can be strapped. There are lovely, evocative, atmospheric photos such as a 1970s scene of Paul Vestey’s snow- and icicle-covered Mercedes sedan trailering a Ferrari 250LM or an Austin Mini Cooper on a tiny trailer with a fully enclosed clamshell body. 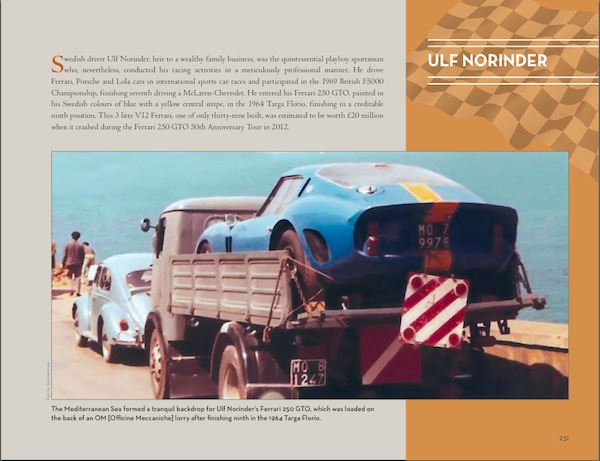 While scenes from the 1920s (the earliest here is a cart from 1903) to the 2010s are shown, from circuit racing to the Paris-Dakar rally and including historic racing and restored vehicles, the bulk of the imagery is pre-1970s live-action. Especially if you are of a certain age, meaning someone who had the privilege of spectating during that era, or working the races, you’ll find it difficult to put the book down.

Once again, CADD operator Mike Sells has provided a few full-color multiple-view technical drawings to cater to the modelers among readers. A closing chapter presents scale models by various makers. The extensive Index is subdivided into different categories.

Lastly, and we’ve said it a hundred times: develop the habit of taking a peek under the dust jackets . . .

The Bahamas Speed Weeks, Including the Revival Meetings »
« Railway Disasters