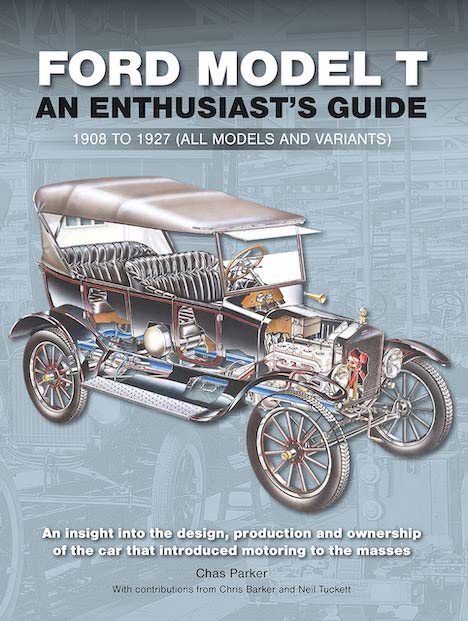 Haven’t a sufficient number of words been written and published regarding Ford’s Model T? Can there really be anything new to write about it to warrant yet another book?

In the case of this book, the answer is decidedly “Yes!” Author Chas Parker has truly managed to assemble information and write about Ts and their owners from a fresh perspective. And the illustrations that accompany his words are of equal interest especially the 29 excellent diagrams that show in great detail the inner workings of most components of a Model T. These images are of a type and in detail usually only found in period literature such as the Dykes motor manuals. 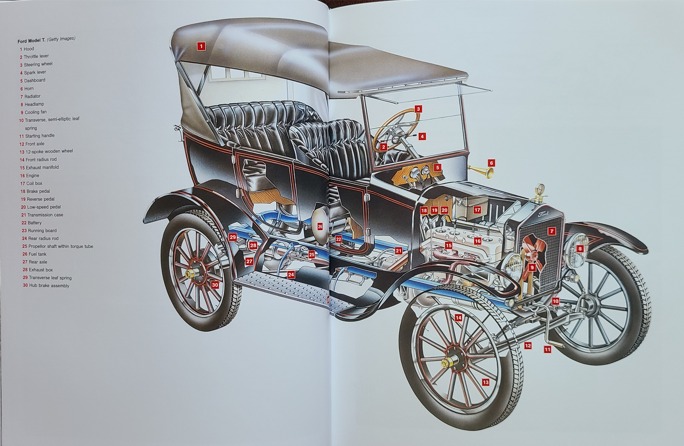 The book is bound in a plain matte black material with this image from facing interior pages adapted for the dust jacket. 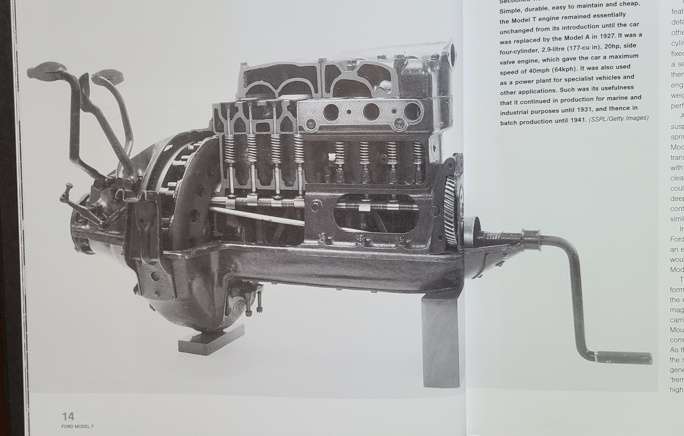 The T engine was essentially unchanged for the duration of production which lasted long after Model Ts were no longer built as it was later adapted for marine and industrial uses.

All in all, this book is a very satisfying mix of vignettes and photos presenting Model T history, complemented with technical and engineering information, and enhanced with personal stories sharing the joys of owning and traveling in a Ford Model T. Particularly fun are the off-beat stories found on the pages. As an example: How many books on Model T’s have told its readers of the Pig-N-Ford Races? They began in 1925 and have been held annually since in Oregon’s Tillamook County. This annual event has always been exclusively for Model Ts and curly-tailed squealers.

Of a certainty at least part of that earlier observation of this Model T book being “from a fresh perspective” is likely due to the “Britishness” of both author and publisher for both live and work in the United Kingdom. One manifestation is the individuals presented in the chapter titled “The owner’s view” as all are also in the UK. Two in particular are engineers specializing, both in hobby and business aspects of their lives, in Model T.

Moreover the English and European focus of the T’s history include details not found in other T histories of the well in excess of a dozen Model T assembly plants that were located in countries other the United States. And one can’t help but smile at the inclusion of this esoteric fact: in 1921 Ford built on any one single day more Model Ts than all the vehicles Ettore Bugatti made cumulatively throughout his entire lifetime.

US-based Model T folk are well-used to seeing pages from period publications such as Sears, JC Whitney and others that offered all those aftermarket accessories. This book offers reproductions from far less commonly seen pages of Ellison & Company located in Manchester, England. 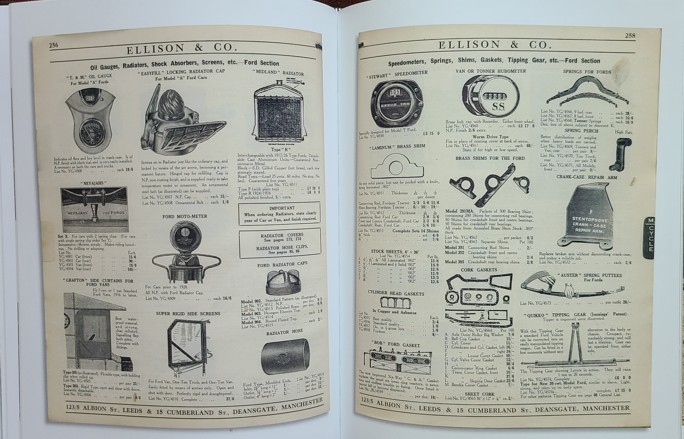 As mentioned, contemporary collectors of Model Ts are given page space. Their stories and those of their favorite Ts are all as engaging as they are far ranging. One of them even quips, “To buy a Model T you’ve got to be slightly off beam to say the least, haven’t you?” Parker goes on to note that “Owners tend to be ‘interesting’. It’s not the same people who buy an A35 or a Humber Hawk.” 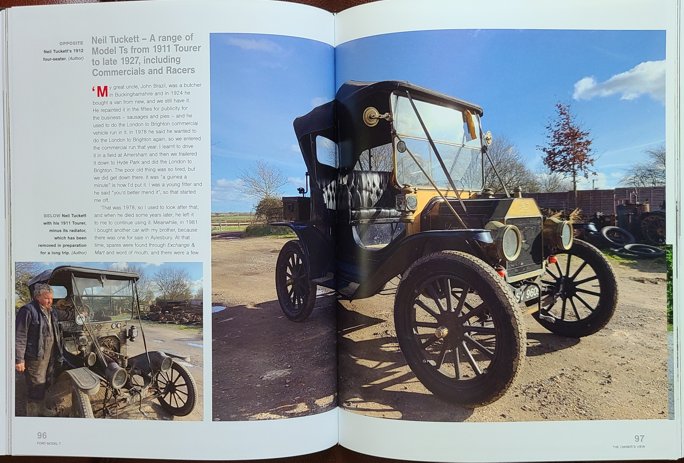 Both the Ts shown here belong to contributor/engineer-restorer Neil Tuckett who owns a wide range of them . . . from the 1911 in lower left to a late ’27 and include racers and commercial types. On right is his 1912 four-seater.

Parker brings his book to a close in a chapter titled “Adventures” containing vignettes of just that, challenging drives in Scotland and New Zealand. An appendix of T specifications is followed by a comprehensive index.

All in all, a well-crafted and well-produced book to be enjoyed by any and all Model T enthusiasts or those just curious to learn more about the cars and/or the people attracted to their charms and quirks.