The British at Le Mans, 85 Years of Endeavour 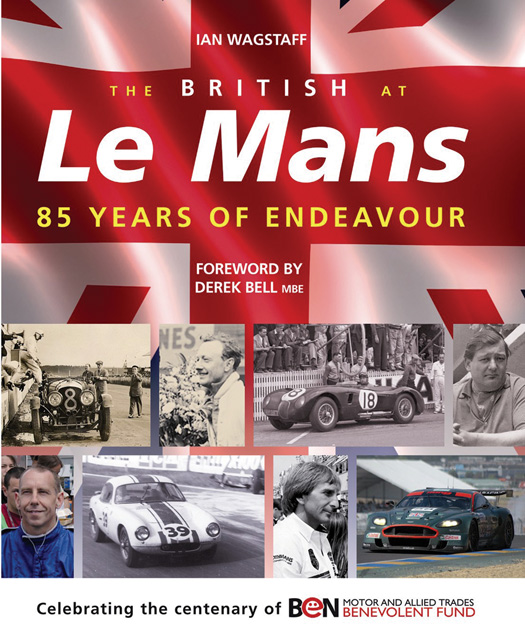 Today, racing is as international an enterprise as one could imagine. Why then should the British connection to Le Mans be thought especially noteworthy? From the first running of the 24 Hours of Le Mans in 1923, the British had a presence there. Admittedly with reluctance at first, but their early successes inspired growing enthusiasm among manufacturers and journalists and, through them, in the general public. That first Bentley success in 1923—setting fastest lap and finishing 4th after nearly winning—would be but the first of many for British cars and teams. Half the spectators in recent decades are estimated to be Brits, and they think of the 24 Hours as the “British race held in France”. There is a strong school of thought that holds that Le Mans would have never amounted to much if it hadn’t been for the Brits.

Of the 100+ books on the subject of Le Mans, this is the only one that purposely, unabashedly, and to the exclusion of anything resembling a balanced view, celebrates the event’s essential “Britishness”. Yes, the author Ian Wagstaff is himself British, but this has not preconceived his notion. Rather he came to it in the course of his research which led him to proclaim the “firm belief that the British truly do rule over La Sarthe”—and he is the first to concede that this is hardly a politically correct sentiment. No matter; he certainly knows his subject, not just as an attendee for over 25 years but also in the broader context of being, among other things, a motorsports journalist for various publications (recipient of the 1986 Pierre Dreyfus award which is given by the Renault car company and the Guild of Motoring Writers for “the most outstanding journalistic effort during the year”) and also press and promotions manager at one of Britain’s fabled circuits—Silverstone—in the heady 1970s.

The book is divided into eight eras but the 32 chapters are not so much a seamless, linear narrative but rather individual essays on particular, albeit chronological, aspects. The writing is very lively, interspersed with many quotes, and some of the photos are from private collections and thus new to the record. Even with the rigorous focus on only British cars and drivers—as well as anything else British, from support crews to fans to Beermountain (read the book…)—there is sufficient reference to the races as a whole, and the times in general, to get a good sense of context.

Some 60 sidebars draw attention to particular personalities and interesting tidbits. Readers with an interest in automotive art will want to make note of a 2006 painting of [Sir Henry “Tim”] “Birkin at Arnage” by Jim Dugdale that was specifically commissioned for this book. Several pages of tables of British drivers (by year, and listing results) and another set of tables of British, or British-branded, cars (in alphabetical order and year of participation; no results) round out the book. There is an index, but only of personalities.

Incidentally, sales of the book go towards supporting BEN, the Motor and Allied Trades Benevolent Fund that was founded way back in 1905 as the automotive and related industries own charity.

Corporate sponsorship on racecars, uniforms, and circuits are ubiquitous. This book benefits from that sort of sponsorship too and readers may be surprised to find individual chapters preceded by full-page ads and the notation “this chapter sponsored by xyz.”

Copyright 2009, Sabu Advani (speedreaders.info), rewritten and adapted from a review first published in the March/April 2009 issue of The Flying Lady, the periodical of the Rolls-Royce Owners’ Club (RROC/USA).