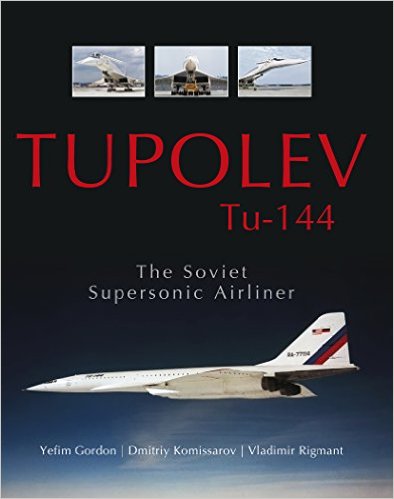 “The problems of a heavy aircraft’s stability and handling at subsonic, transonic and supersonic speeds and practical methods of balancing the aircraft in these conditions with minimum aerodynamic losses had to be addressed. Sustained flight at Mach 2+ involved research to achieve the necessary structural strength at airframe temperatures close to 100–120ºC; heat-resistant structural metals, lubricants and sealants had to be created, as well as airframe structures able to withstand prolonged kinetic heating, including heating/cooling cycles and the attendant expansion and contraction of the airframe.”

The reason for starting with such a heavy-duty excerpt is to make a point: this is a serious book with strong emphasis on technical matters. It is very well written and eminently readable by absolutely anyone with even a modicum of interest in aircraft but it is the people who take one look at the photo (below) of 12 “sticks with wings” in Ch. 1 and 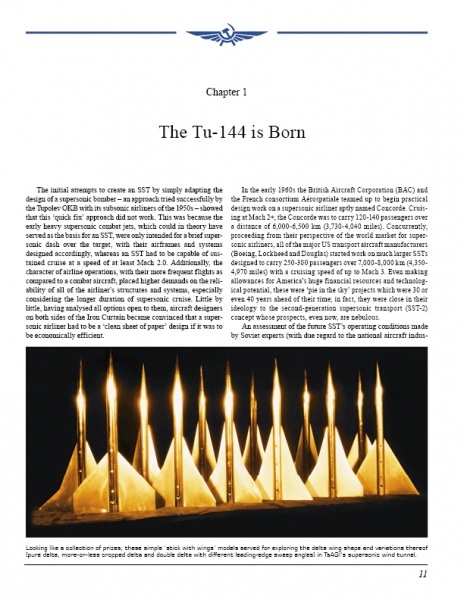 notice the differences among them, or who know whether their LERXes ought to be ogival (and this is just from the Introduction!) who will really appreciate the enormous depth offered here.

This angle surely has something to do with coauthor Rigmant who is not only a proper aviation engineer but has worked for the Tupolev aircraft design bureau since 1986 and is now director of the firm’s museum. He and Gordon already explored this very topic in 2006 with the much-acclaimed Tupolev Tu-144,  Aeroflot’s Supersonic Dream in Midland Publishing’s “Red Star” series (ISBN 978-1857802160). That book can hardly be found at decent prices anymore so this new book is not only a welcome remedy but a vastly superior treatment.

More so than its Western counterpart, the Concorde, the Tu-144 is largely forgotten outside the aviation and space-faring communities. Few even recall that there had been a vague plan to restore a Tu-144 to flying condition for the 2014 Olympic Winter Games in Sochi, to transport the Olympic flame.

While the lack of indigenous engines and suitable wind tunnels caused the Soviets to lag behind Western developments in regards to being able to put actual flying apparatus into the air, their theoretical work was much more up to date and no less substantial and innovative. It is made clear that all players at the supersonic table came to the same conclusion: existing military aircraft, even if successful, had operating parameters (such as needing only brief bursts of speed to dash to/over the target) that offered only limited lessons for civil aviation (sustained high-speed cruise) and therefore all aircraft makers started with a blank slate for their SST projects. 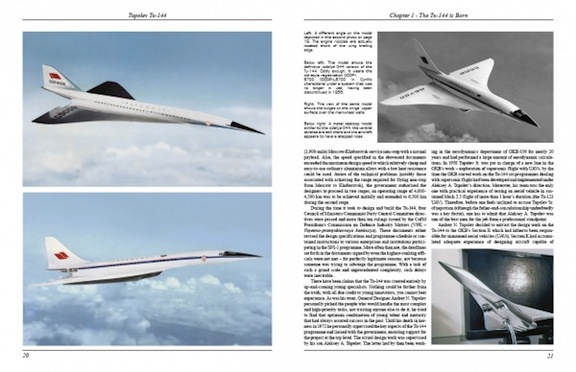 Beginning with a fast-paced overview of the parameters that apply to high-speed flight the book introduces various Soviet proposals (listed by their Soviet designations as well as NATO reporting names) to tackle the problems. While peripheral to the overall story, and easy to simply not even bother to think about, the reader should take the time to dwell on an issue particular to the Soviet situation: the practical implications of having a planned, centrally managed economy. 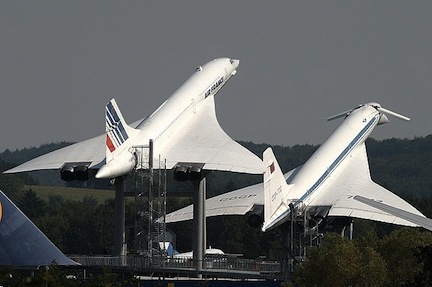 Moreover, the Tu-144 in particular illustrates that hard science is not immune to sheer force of personality, a key reason the delta wing was adopted instead of the more prevalent (at the time) swept wing. It will also become clear that the Tu-144 is not a copy of Concorde. (Ever been to the Technical Museum in Sinsheim, Germany? Both aircraft are mounted to the roof, right.)

Such is the reputation of the authors that the book could safely be bought on the strength of their names alone! The expected thorough treatment of design, production, and service history is further enhanced by descriptions of various concepts, projected military derivatives (lots of scale models in this section), a comparison with the Concorde, and the Tu-144LL research aircraft briefly operated by NASA (the book doesn’t mention NASA’s final report, Technical Memorandum 2000-209850 A Qualitative Piloted Evaluation of the Tupolev Tu-144 Supersonic Transport; it is worth seeking out and gave the aircraft fairly high ratings on the Cooper-Harper Pilot Rating scale). 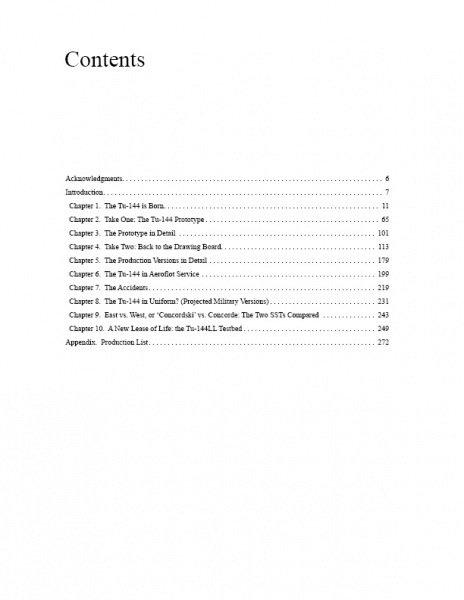 Previously unpublished photos, technical drawings, and color profiles (with special attention/detail devoted to markings and modifications) augment the text, and assorted tables and lists bundle specs and stats. There is, however, no Index.

Naturally the accidents are covered, here with fairly lengthy excerpts from interviews. Here too, in both cases, political pressure played a role and this illustrates well the high stakes of the SST efforts.