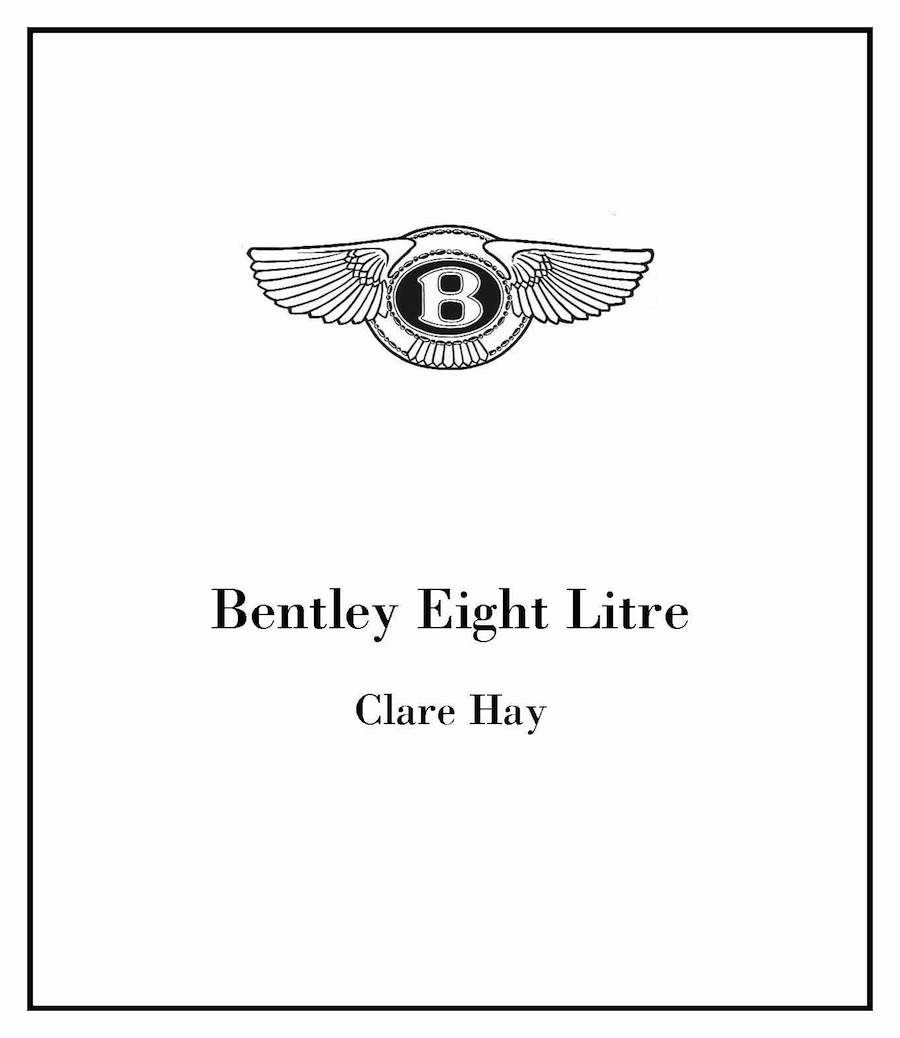 At its launch in October 1930, the 8L Bentley was Britain’s largest and most expensive production car. Ten months later the company folded. These events are not directly related; many of the factors that caused the insolvency of Bentley Motors were already in play

There was much gnashing of teeth among people who attempted to snag Hay’s previous book, Bentley Speed Six, and weren’t able to—unless they owned that particular model and thus had first dibs on the book. Only 182 production cars were made, and only 182 copies of the book were printed. If the same parameter had been applied to this new book, we’d be looking at only 100 copies! Even though that number was doubled (175 in cloth, 25 in leather; all handbound and individually numbered) there is only a handful of the cloth edition still available for purchase.

Ever since having suffered egregious copyright infringement at the hands of an American auto and book enthusiast, Vintage Bentley specialist Hay has eschewed commercial publishing and produces books on what is basically a subscription basis in which books are first of all offered to owners of surviving cars. This, of course, means that her books are generally sold out before they’re even printed. If it weren’t for the odd extra or unsubscribed copy, ordinary mortals would never have a chance to get their hands on one. Still, this is better than if she hung up her pencil altogether because these books are supremely important as regards the quality of the research and the thoroughness of the treatment. In Bentley circles—without exaggeration—a Hay book is the definitive settler of arguments! (In a recent court case in the UK the judge referred to the forensic nature of Hay’s work as “a peculiar form of mechanical archaeology.”)

There were only one hundred 8L Bentleys. They were and are important cars. No surprise then that they have been written about before. Books that cover well-trodden ground can’t very well distinguish themselves on the basis of finding much to say that is new. What they can do is weed out inconsistencies in the existing record, restate matters in a better way, and they can add nuance. Hay does all of that with customary aplomb.

The Introduction alone should be mandatory reading for owners of Cricklewood cars (so named after their original place of manufacture)! There is nothing more detrimental to the integrity of history than having well-meaning enthusiasts spout off generally accurate factoids that are lacking vital detail, nuance, or context. In all of two pages Hay presents here an exemplary potted history of Bentley Motors prior to their being taken over by Rolls-Royce in 1931, with particular focus on the spectacular racing successes, the ruinous cost of racing, and the growing tensions on the board that resulted in company founder W.O. Bentley being removed from his directorship. Short and concise as this treatment is, the last paragraph manages to draw attention to an often unrecognized wrinkle that will have even old Bentley hands perk up: the circumstances and impact of the appointment of former Rolls-Royce man T B Barrington to the position of chief designer at Bentley. The importance of such minutia to our understanding of a complex situation cannot be overstated!

A 20-page exposition puts the 8L into the context of its time and the changing fortunes at Bentley Motors, and surveys the model’s major assemblies and components which are also shown in splendidly large, detailed close-up photos. Here and throughout the book, period advertisements, press clippings, and technical drawings round out the picture. Even an entire sales brochure is reproduced, full-size and in color. Before the discussion shifts to the individual cars, prototype EX2 is covered in detail. With the exception of W.O.’s own 8L, this is the only car that is shown in its current-day restored state. All other photos are period ones from factory, coachbuilder or private sources, occasionally supplemented by “newer” (i.e. pre-1970s) photos. Many of them are new to the record.

Each of the 100 cars is described individually on one to several pages. For each car are listed engine and gearbox number, wheelbase, axle ratio, registration number, body style, coachbuilder, first owner, delivery date, and current status. The narrative text covers build and ownership history, and the photo captions are very detailed. While the early history is—mostly—unambiguous enough, the later history is complicated by such matters as the legal and practical distinction between “rebuilt” and “reconstructed” or whether a car today survives as actual rolling stock or in boxes. The account is as up to date as is possible at a finite moment in time.

Unlike Hay’s other books, there is minimal prose in this one; if there were it would show a deep and abiding interest in the marque. After joining the Bentley Drivers Club as a non-owner—being all of 13 at the time—Hay bought a 3L project car five years later and, since writing her first book in 1986—at the ripe old age of 24—has given much of her life (including cutting short an engineering apprenticeship at British Aerospace) to exploring anything and everything about vintage Bentleys. Her 10 books have added immeasurably to the body of literature; you’ll want, need them all!

The book is, understandably, mum on this subject but someone, somewhere needs to say it: a tip of the hat to the private individual—and 8L owner—who bankrolled this project, thank you!