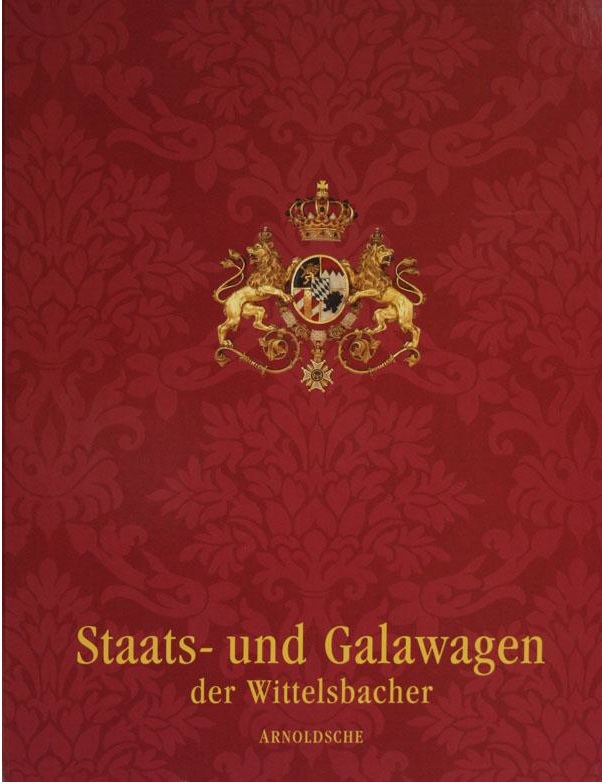 (Vol. 1: German/English side by side; Vol. 2: German) Spend just a little bit of time with these books and your hands will tremble—not just from manhandling 11 pounds of paper but because you are in the presence of beauty. The books themselves are supremely well made but what they contain, too, is extra-extraordinarily refined.

You don’t have to be a carriage specialist to enjoy these books! If you have an interest in cabinet making, decorative arts, anything mechanical, textiles, embroidery, gilding, painting, the lifestyles of the rich and famous, and even period photography and fine art, you’re in for a treat. Early motorcars in use at the Wittelsbach Court are also covered, but only in brief, from an 1895 electric to a pre-1900 Panhard to several Benzes.

From state to special-purpose coaches such as children’s indoor sleighs of the 17th to 19th century, these books depict, for the first time ever, the items on display at one of the world’s largest collections (both its own holdings and loaners) along with related carriages in other museums but excluding any in storage at the Marstall. 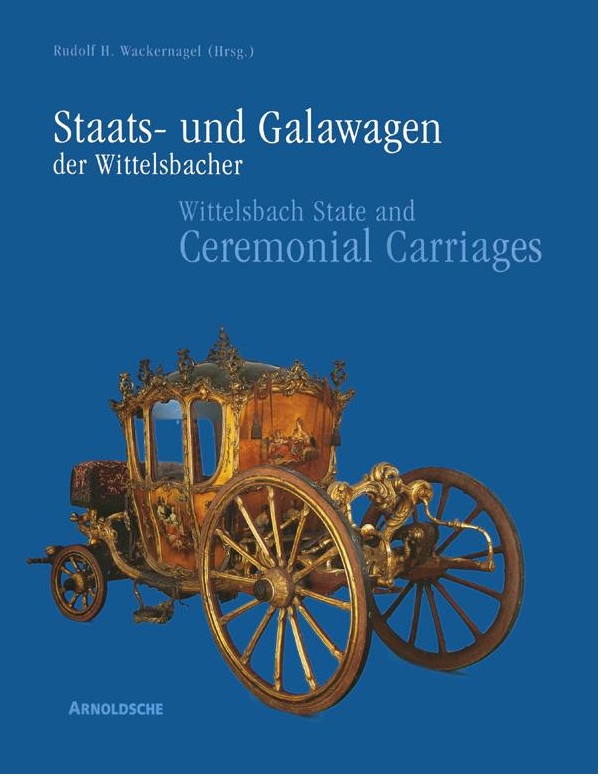 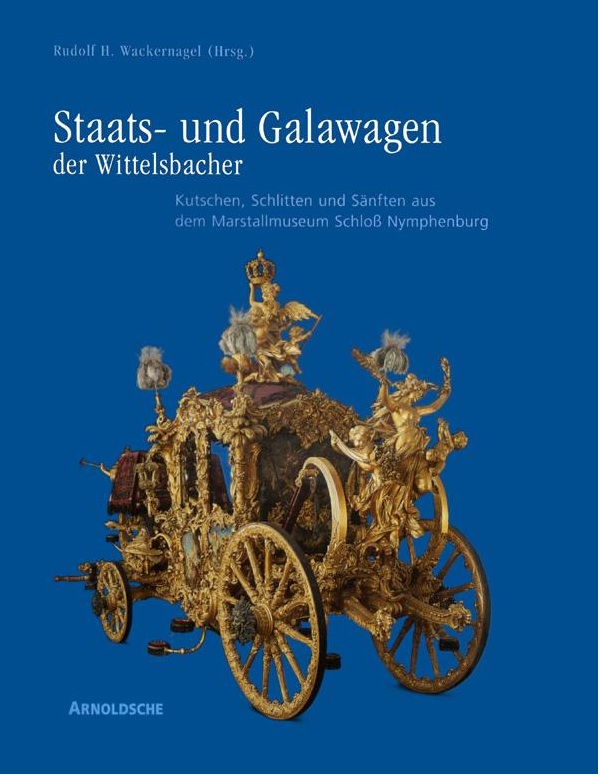 From the staunchly scientific to superficial pablum, the vast carriage literature caters to all levels of interest. This set is of a more scientific disposition in terms of its curatorial and restoration intentions but remains eminently readable for those who want to just hunt and peck. The reader looking for a proper sense of context is well provided for because Vol.1 begins with some 60 pages of overview of carriage-making since the 14th century, the role of the stable master at the Munich Court, the physical arrangement of stables and carriage houses in Munich and the variety of activities discharged therein, the craftspeople and artisans, types of carriages, and the origins of the Marstallmuseum. Carriages wouldn’t go anywhere without horses so they too are covered, and even types of harnesses. If you came to this book not knowing or caring about any of this, you are now on your way to becoming a connoisseur!

The bulk of the book then describes each item in good detail. The photography and reproduction quality are simply stunning. Period illustrations further enhance the level of detail. All illustrations are consecutively numbered which makes cross-referencing to the text and among both volumes easy.

At this point it becomes necessary to distinguish between volumes 1 and 2. The level of magnification in vol. 1 is kept narrow so as to accommodate the presence of the English text. Vol. 2 covers the exact same artifacts as vol. 1 and in the same order but, being only in German, can devote more space to developing much more detail, often with additional illustrations (but all in b/w). It is, in fact, 32 pages longer than vol. 1 and contains additional, unique ancillary material such as carriage nomenclature, portrayals of several important people in the carriage world, an examination of lacquer, proper harnessing and operation of the carriage, and remarks about the guild system/apprenticeships and Munich as an early hub of motorization.

While Vol. 1 is bilingual, the English text is definitely secondary. It is set on a smaller measure and does not contain the entire German text! This is not at all unusual and not intended as a criticism but merely an explanation for the sake of our mostly English-speaking readership. For instance, callouts for footnotes, which appear in the margin, are omitted from the English text—which is just as well since they’re not translated anyway (ditto for all appended material and the people-only index). Likewise, the German photo captions contain much more detail (cf. information on specific components such as wheels, purchase price and later estimated value [very interesting but almost impossible to translate into purchasing power or current values unless you are an economist], dimensions, bibliographic references etc.). For the general-interest reader this is no serious loss but the specialist will want to brush up on his German! The translation is done by someone in the UK and reads very well but there is one peculiarity: berline is rendered consistently without the “e” at the end; this is the American form and was at any rate not recorded until 1937 by the American Webster and does not at all appear in British dictionaries in the meaning of “carriage” because “coach” is the commonly used equivalent.

Each volume is available separately but unless you need to replace the one the dog ate (Bad dog! Good taste.) or don’t read any German (in which case Vol. 2 can only offer you photos), buy the set.

Editor Wackernagel is an art historian and trained restorer who spent decades as a conservator at various institutions and has published widely (US readers should know that he is also a life member of the Carriage Association of America). He is joined here by six principal collaborators, all well-established specialists in their fields.

A Lap of the Globe: Behind the Wheel of a Vintage Mercedes in the World’s Longest Auto Race  »
« American Secret Pusher Fighters of World War II: XP-54, XP-55, and XP-56