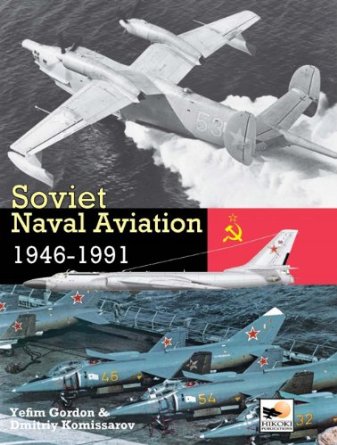 “The Soviet Naval Aviation had its ups and downs during the post-war years, repeatedly undergoing changes.”

“Repeatedly” . . . ain’t that the truth . . . and in every way: hardware, warfighting doctrine, missions. Add to that the Supreme Soviet’s preference for missiles over manned aircraft and it is no wonder that this chapter of Soviet aviation is so convoluted.

If you want a quick overview to get into the subject, or a quick refresher if you already know what’s what, start with the last chapter which lists the most important (not all!) aircraft and other weapons. In fact, the entire book isn’t big enough to exhaust the subject fully but bit by bit, book by book, this author team is whittling away at it. If you’ve seen their other work, and other books by this publisher in this series, you know the quality of the work and the level of magnification. These are thorough books, superbly illustrated, and solidly made in terms of their physical properties.

Especially the reader new to a subject is usually well advised to first peruse the Index. In this case, while satisfyingly deep and subdivided (even segregating Soviet/Russian from NATO/other equipment and also listing NATO names for Soviet gear), all the proper names of planes and ships and the [Soviet equivalent of US] bureau numbers really require of the reader to be fairly conversant in such matters. 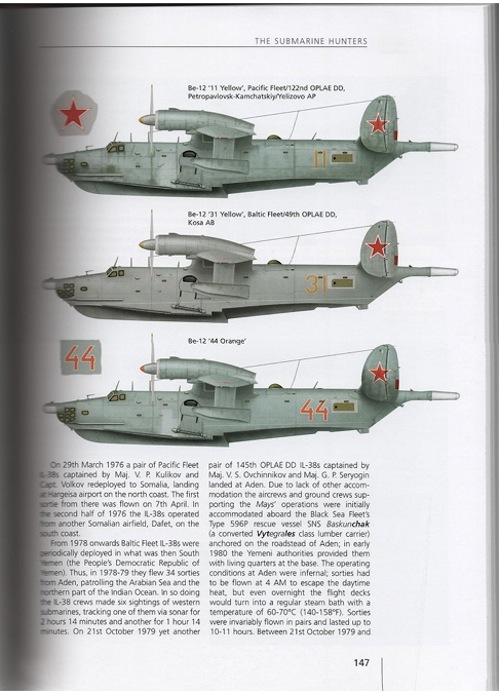 A quite wide-ranging 25-page survey sets the scene, discussing strategic and conceptual issues of how the Soviet military is set up. General-interest readers will most likely skip the sidebars that show Orders of Battle, e.g. how units/squadrons etc. are organized, by era. It is worth noting that the writing is fluid but occasionally beset by stylistic or even grammatical anomalies (Komissarov did translator duty) but not to the point that it impedes comprehension.

The following nine chapters are divided into, for lack of a better word, tasks: reconnaissance, strike, anti-submarine, fighter & attack, aircraft carriers etc. One chapter examines specific missions at the height of the Cold War and a closing chapter deals with the effect of the political changes in the 1990s on the “new” country’s military stance. 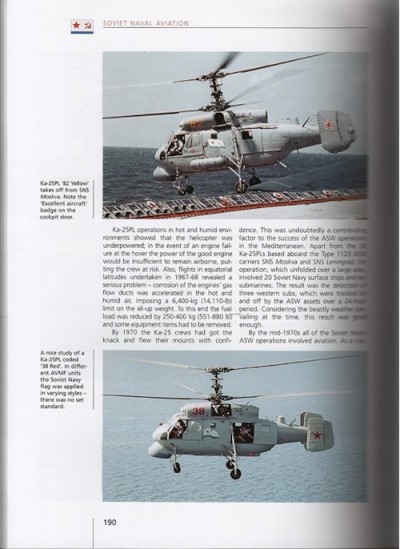 In general, it is safe to say, that these two authors take their job seriously and are seasoned hands with an eye for detail (and also an ability to prioritize, meaning not everything is covered to the same degree). They do point out things you’d probably never have spotted on your own, consider: in a photo of a supersonic bomber (p. 283) they call attention to the anomaly of a tactical code on the nose gear door not matching the one on the tail! Even if the original photo was much larger, who even thinks of looking for this sort of thing?? On the other hand . . . when the total number of naval aircraft in 1946 is broken into its constituent parts, adding those comes up 40 aircraft shy of the 5252 you’d be expecting. So, you do have to think about what you’re reading—but that’s always a good strategy.

Modelers: some 70 color profile views will keep you busy customizing markings and paint schemes on your kits. Aircraft carriers: Soviet boats have always been a bit of a mystery to Western readers so those folks who saw “1991” in the title and expect in-depth coverage of the last big ship to come online just then, the SNS Tbilisi aka RNS Fleet Admiral Kuznetsov will be disappointed to find only a bit of text and no photos.

So, another absolutely essential book for, obviously, subject-matter enthusiasts but also for the completists who want to have an unbroken set of Hikoki books on the shelf. It’ll make you sleep better just knowing they’re there . . .