Cherry’s Model Engines, The Story of the Remarkable Cherry Hill 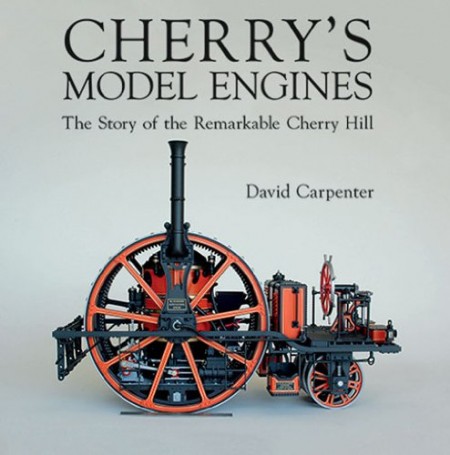 “With thousands of engine designs held in archives, rarely seen for more than a hundred years, which ones to choose? Likely candidates were found after extensive burrowing in old magazines, and a final choice made on the basis that it had to be an unusual design, a challenge to make, and capable of being made to work.

It is this last criterion which separates Cherry’s models from the most of the top examples of models found in museums.”

Here’s hoping you’ve never heard of Cherry Hill before—because then everything in this book will surprise and delight, and it so rare in this oversaturated information age to discover anything like this.

Despite having won multiples of all the awards in all the specialties that matter in her field, despite an MBE from the Queen for Services to Model Engineering, despite the honor of being one of only two Companions of the Institution of Mechanical Engineers (IMechE), despite being lauded as the world’s greatest model engineer, Cherry Hinds Hill, now in her mid-eighties, has always kept an exceedingly low profile. It takes her years to build one of her fully functional models and she has no time to waste on interviews, PR, or training apprentices. Her one “associate” is her husband—and he’s over a hundred years old. 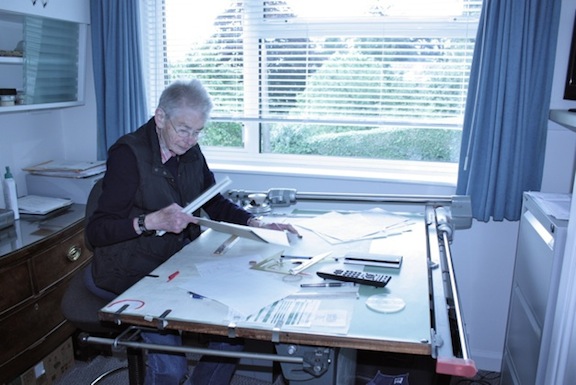 By now you ought to be mightily intrigued. Hill’s work has long been featured in Model Engineer magazine, the journal of record in this field and first published in 1898 (as Model Engineer and Amateur Electrician). Author Carpenter is a former editor and in that capacity was involved with the annual event associated with the magazine, The Model Engineer Exhibition. And it was the centenary event in 2007 where he persuaded Hill to let all her models be shown together for the first time, an idea that resulted years later in this book. 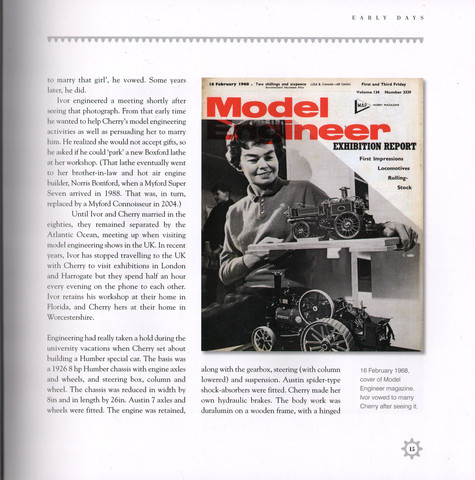 Being a seasoned model engineer himself allows Carpenter’s commentary to dwell on those points that would interest fellow engineers (technique, equipment, research etc.) but by the same token occasionally leaves the newbie behind, cf. a reference to “Swarfega” without explaining what it is (a heavy-duty hand cleaner). While on the subject of technique, Carpenter more than once points out something that may be as frustrating to fellow engineers as it is inspiring: Hill excels not because of fancy gear—she doesn’t use a CNC machine or even own a computer—but because of practice, patience, and a certain kind of temperament. It should also be clarified that while her models are fully functional, not every item works as the real thing would. Her preferred scale is 1:16 or ¾” to the foot, sometimes 1/12, and at that small size oil pipes, for instance, would plug up. Magnetos work but steam cocks, certain gauges, or injectors usually do not. 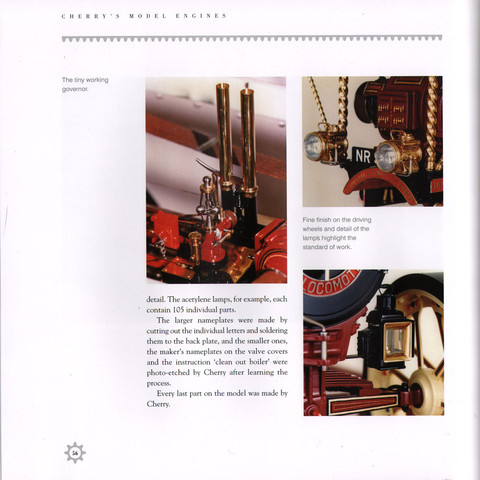 And while her coal-fired miniature burners really do work, actual propulsion is achieved by compressed air because oil and steam would gum up the works. One machine even has a functional padlock!

Almost all of the thousands of parts in each machine are not only made by hand but, except for the earliest models, turned from steel bar as opposed to cast. Imagine making buckets of 1/16 rivets! (And then customize matchboxes with tiny compartments to store them!) 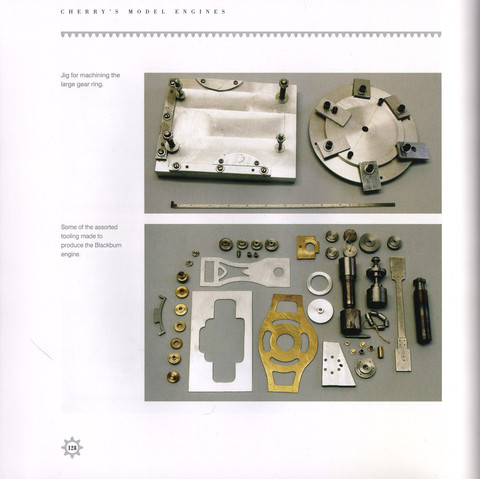 As the intro said, everything about her professional life is remarkable, as is, for that matter, her domestic situation. All but the latter are being given a good look here.

Car folk should know that Hill, who had a fondness for Jensen sports cars, counts among her several patents for full-size gear one for the Crypton Synchro-check carburetor balancer produced commercially by AC Delco in the 1950s. Her models usually do not travel so the next time you’re in London, visit the IMechE Archives to see them along with other Championship Cup winners on display there.

The Story of the Remarkable Cherry Hill