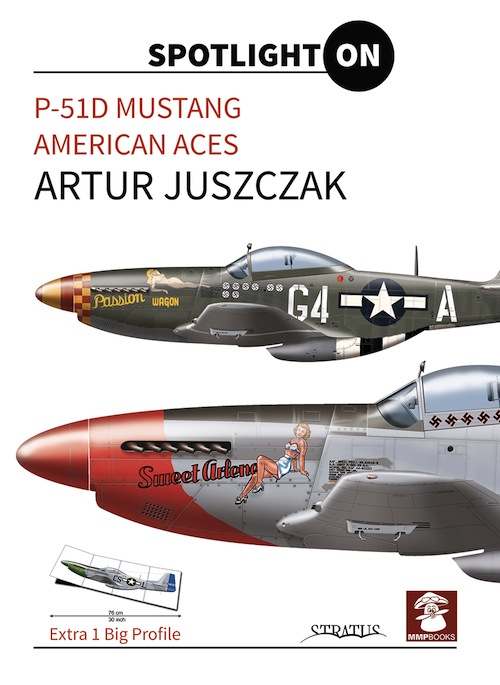 This little book concerns itself with only one model, the P-51D, often considered the definitive version of the Mustang and certainly the most widely produced. It had a number of key design features, the most obvious being the bubble canopy.

The book further limits itself to featuring only aircraft flown by US aces (5 kills or more), and only some aces at that (but a full list is appended in tabular form). Of all the books by this publisher geared towards modelers, the “Spotlight On” series is the most focused, to the point of eschewing any text other than a brief Introduction and figure captions. There are also, usually, no photos.

While the Introduction enumerates the mods on the “D” model, everything is kept so brief as to leave newbiews in the dark. For instance, one other key feature is something called a “dorsal fin” that was required to help stabilize the aircraft. It was introduced on the “D” and then retrofitted to earlier variants. It so obviously present or missing that it is almost superfluous that the captions will call it out every time it is not on the aircraft illustrated—but if you don’t really know what it is and does, you may not even know where to look for it: it’s that angular piece of metal on the top of the center of the aft fuselage leading into the vertical stabilizer (on the cover, for instance, the top aircraft doesn’t have it but the one on the poster, bottom left, does). Speaking of fillets, the “D” actually had another one, unique to it, forward of each wheel bay, increasing the wing area. All the profiles here are side views (with gear up) so this doesn’t really come into play. What all this is trying to say is that if you don’t already know what’s what, this book will only be “pretty pictures.” 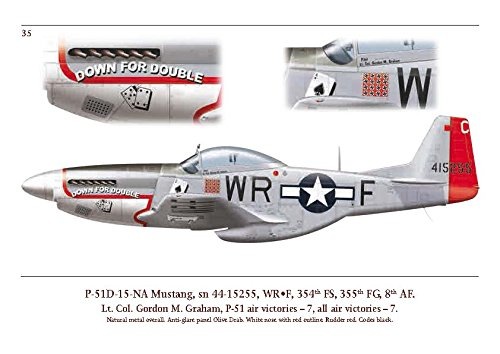 Pretty they are, no doubt. This is because the author/illustrator has a passion for creating them—so much so that he is one of the owners of this publishing house and, before that, founded the first Polish magazine for modelers. Some of the profiles are augmentd by close-ups of markings (nose art, kill marks, tail numbers or the like). There is always more to discover than the captions disclose so attentive study will reap rewards. 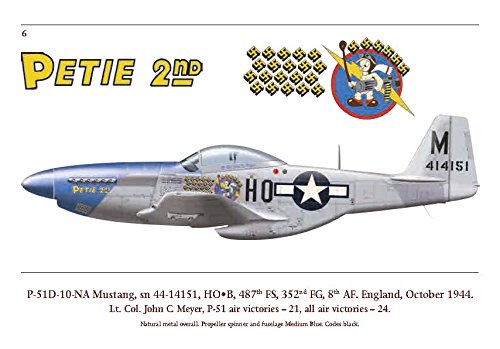 One other marvelous treat in the “Spotlight On” series is one supersized fold-out illustration: 30″ which is equivalent to four pages! Even people who are not Mustang geeks will recognize one of the aces here, Chuck Yeager. 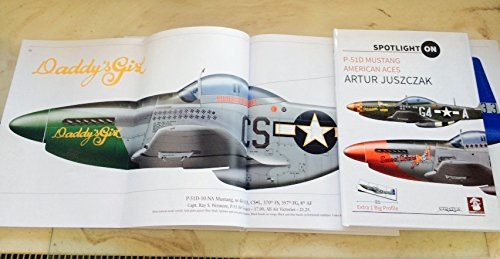 A new feature makes its debut here, a 1/72 scale top/bottom and left/right side piece of b/w line art showing color-coded areas where filler was applied on the real aircraft. This would have resulted in a different paint finish and modelers will appreciate this sort of detail. 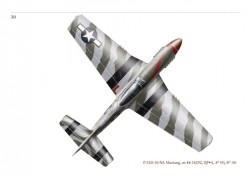