June, 1985. Cairo to San Diego. You probably remember hearing on the news that the plane was hijacked. There are even two movies—but until you read this book, you have no idea what really happened.

From throwing around VW Beetles in parking lots as a young kid to being the oldest F1 débutant since the 1950s, Follmer is the consummate racer. Long retired, you can still find him at vintage races, often in the same cars! 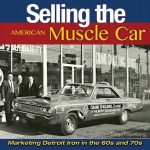 A look at NASCAR from the inside. Watching it on TV or even live gives you little insight into what goes on on the other side of pit wall—not always pretty and never simple.

The mythic salt flats have played an important role in motorsports for over a hundred years. This book is meant to celebrate and promote it, and back up the myth with hard data but, much like the salt itself, it has difficulties yielding a smooth, straight run.

Automobiles made in Ohio? How about five hundred marques! Ever hear of a Ben-Hur? If not, this book will add a whole new arsenal of automotive minutia to your lexicon. 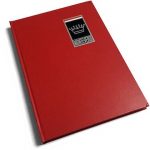