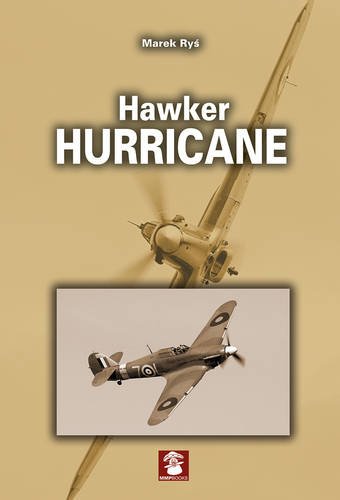 Both fighters gained renown in all major theaters of the Second World War—but everybody remembers the Spitfire and not so much the Hawker Hurricane even so twice as many were deployed during the Battle of Britain. Why?

This book doesn’t attempt to answer the decades-old question of which was “better” but it is such a complete top-level overview of all the various marks and sub marks that it is an ideal starting point. Ever heard of a Hurricat? a Hurribomber? a Hurrischmitt? Ever seen the 1938 movie Test Pilot starring Clark Gable? It also features the Hurricane prototype with which this book begins.

Actually, it begins with its designer, Sidney Camm, and the Hawker Fury biplane that preceded this, the RAF’s first monoplane fighter. While the book may not be strictly essential reading for aviation historians, it absolutely is if you’re a scale modeler. This needs to be kept in mind for most of this publisher’s output—there’s a reason they’re called Mushroom Model Publications. And on that score, the book shines: period photos, lots of close-ups of specific components, 1/72 scale plans, color profiles, cockpit instrumentation. There’s even a profile of a Sea Hurricane on the launch dolly atop the catapult. 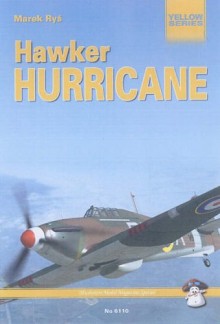 Now hardbound, this book is the expanded, 2nd edition of the original 2006 version (ISBN 978-8389450326). It describes all official Marks and variations and also unofficial versions, the later referring to nomenclature made up on the fly in the field, sometimes as a temporary measure or for short-lived projects. It also discusses license-built and experimental versions. For modelers tired of building/painting the same old/same old there is endless entertainment to be had here. Whether you need to get an aileron hinge just so, scratch-build a Persian trainer, or paint Yugoslav markings—it’s all here.