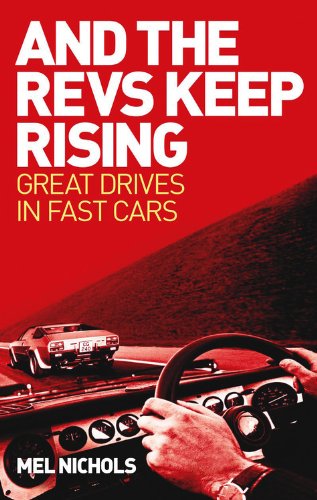 “It had the unreal quality of a dream, that strange hyper-cleanliness, the dazzling intensity of colour, the haunting feeling of being suspended in time and motion, sitting there with the speedo reading 160mph and two more Lamborghinis drifting along ahead.”

If you called yourself a car enthusiast in the UK (and beyond) in the 1970s and early ‘80s it was pretty likely that you would know CAR Magazine. The magazine broke new ground not only with the quality of its writing but with its directness and honesty. It did not pander to the motoring industry or worry about its advertisers and its writers were quick to slate a car if they thought it was below par. Mel Nichols was the magazine’s editor through arguably its golden period in the late ‘70s. Veteran journalist Steve Cropley (currently at Autocar but another CAR editor) states in the Introduction to the book that Nichols brought “a new strain of give no quarter comparison tests, scoop stories unheard of at the time and, his specialty, inspirational flagship stories about driving supercars, into a delicious mixture, that no-one had tasted before.” 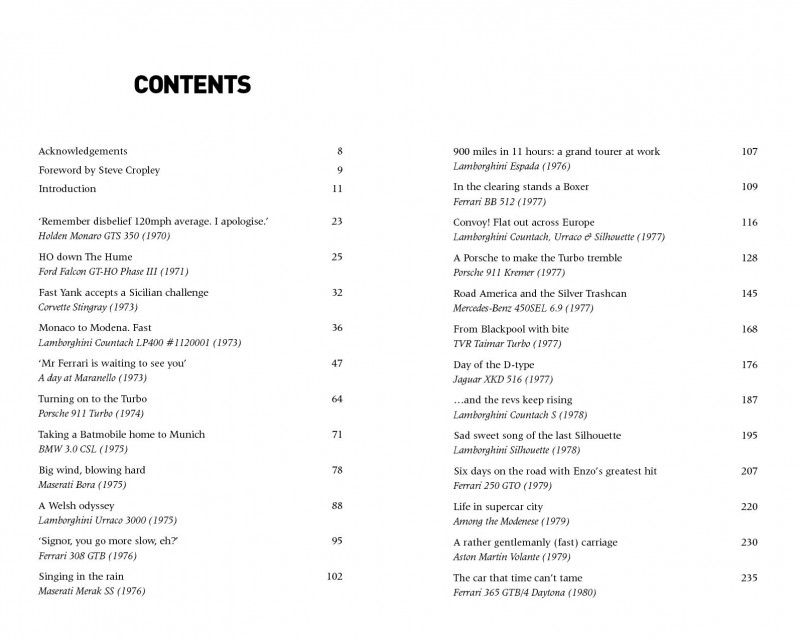 It is these extended pieces that make up the bulk of this book and what a treat they are. They start with the young Nichols testing hairy Australian Ford and Holden Evolution Specials with their angry Detroit V8s and end with a 2001 test of a Porsche Boxster S. For me though it is the extended articles of the ‘70s and ‘80s that are the true pleasure of this book. The “Convoy” article (quoted above) about driving three Lamborghinis from Sant’Agata in Northern Italy to London is so beautifully described that one feels that they are along for the ride. Nichols misses nothing: the character of the car’s engine, the ride, the handling, the scenery, and the whole experience. It was this article that Jeremy Clarkson credited for providing the inspiration for his Top Gear road trips, declaring it as the “best ever drive story.” Yet there are other delights here apart from sheer adrenalin. My favorite story is called “Road America and the Silver Trashcan.” It describes a cross-America drive in a Mercedes 450 SEL 6.9. Not only is the piece a wonderful car story but it also excels as a great piece of travel writing. Another highlight is Nichols’ visit with Enzo Ferrari at the Maranello factory in 1973. Supercars come thick and fast with extensive tests of all the major marques. 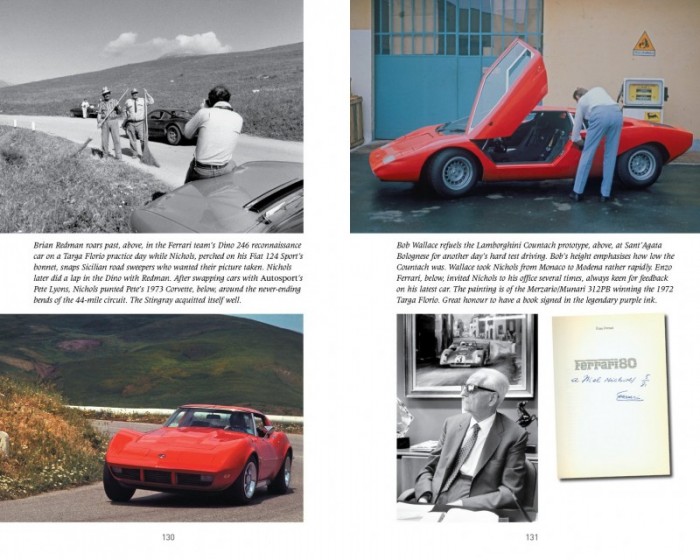 If I had one criticism of the book it would be its production. The photographs printed in the middle of the book hardly resemble the wonderful photography of the original magazine articles and the book, though hard-bound, is very badly bound with glued perfect binding rather than being sewn and it is very easy to crack the binding while trying to overcome the initial stiffness on opening the book. The quality of the paper is not that wonderful either. However, at the end of the day, none of this really matters as you have a collection of beautifully written drive stories of the sort that just are not written anymore. The book is perfect for a rainy day. 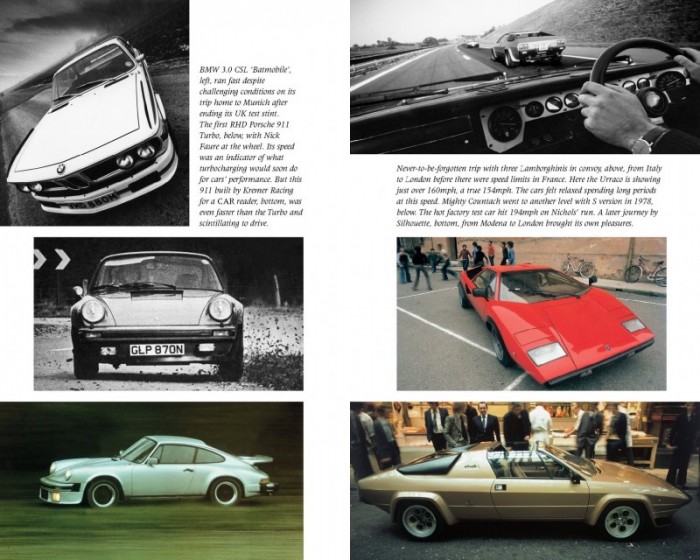 Posted Under: Automobiles | Author: Matthew Bodycombe | No comments yet