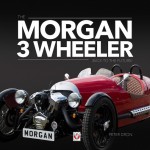 WW I was the first conflict to see widespread use of mechanization, a threshold hybrid stage where horse, camel, and mule fought alongside car, tank, and airplane. All except the latter are discussed here.

This early admirer of Hitler became so disillusioned with the Nazi regime’s methods that he volunteered for an elite British outfit specializing in counter-espionage, the Special Air Service and became its principal training officer.

Tiny Malta was of great strategic importance which made it a prime target for relentless attacks from the axis forces. This book tells of the gallantry of the Royal Air Force and Navy in defending and supplying the island.

Romance. Record-flying. Murder. Acquittal. Fatal plane crash in the desert: accident? suicide? What, you’re still on the fence whether you want to read this book??

For those who considered themselves true motoring enthusiasts in the UK of the 1970s, CAR Magazine was a must-read. Nichols was its editor during this period and well known for his beautifully written extended motoring pieces. This book brings together a collection of his writing from 1970–2001.