The Dynamics of the Race Car

Theories, concepts, and equations explore the underpinnings of car handling and speed. The book also teaches how to analyze setup data and driver performance.

Capelotti teaches archaeology and concerns himself with both terrestrial and aerospace archaeology. Here he successfully achieves his goal of gathering “into a single source the data on the artifacts that Homo Sapiens have discarded in space and place them into the framework of archaeology.” 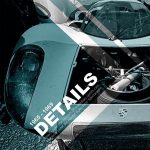