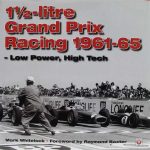 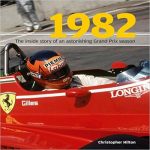 A multitude of factors conspired to make the 1982 season exceptionally turbulent and trying. Political wrangling, a driver’s strike at the first race, fatal crashes, a rather unexpected champion and more, more, more. The book is ten years old but remains a shining beacon.

If all you associate with the name is Mini Coopers let yourself be enlightened by this benchmark book about a hole-in-the wall racing shop that diced with the big boys.

The 9th Infantry Division in Vietnam: Unparalleled and Unequaled

This book was written by someone who was there—and is here reviewed by someone who was also there. And the two points of view could not be less similar, raising the eternal question: how can a reader who was not there know what is true?

The joys—and burdens—of wanting/needing to buy an annual motorsports book. Once you start, you really cannot sit out a year, can you? 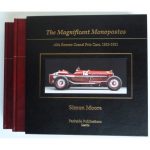 The third of three books about important prewar racing Alfas. Very thorough, very pricy, very much worth it. Even covers Alfa GP-engined powerboats. 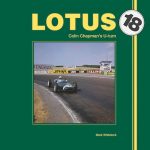 “U-Turn” implies reversal, in this case moving the engine from the front to the rear, which, coupled with other Chapman goodies, made the 18 the milestone car he had been shooting for all along.

A fresh look at an older book that was once dismissed as unworthy because of who had written it and why and how. Well, there’s another side.